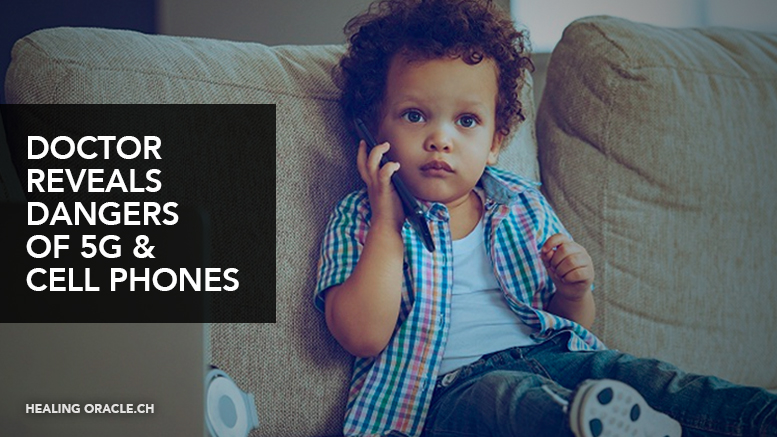 Just as governments and cell phone networks around the world are ramping up in the race to install 5G towers in cities all over the world, we need to heed the warnings of the real and current dangers already posed to the public by cell phone towers.

We have reported before on the danger of cell phones that transmit radiation as well as the increasing link to Cancer. A News report out today on the UK’s Daily Mail website states that in Weston Elementary School in Ripon, California, USA eight children from the school have been diagnosed with cancer – prompting parents’ fears that a cell phone tower could be to blame.

The affected students at Weston Elementary School in Ripon are all under the age of 10, each with different types of cancer: brain, kidney, liver and lymphoma.

Sprint, which owns the tower, has shut it down despite insisting the radio frequency levels are 100 times below the federal limit. Which begs the question; how high is the federal limit, how many more cancer cases do they need? 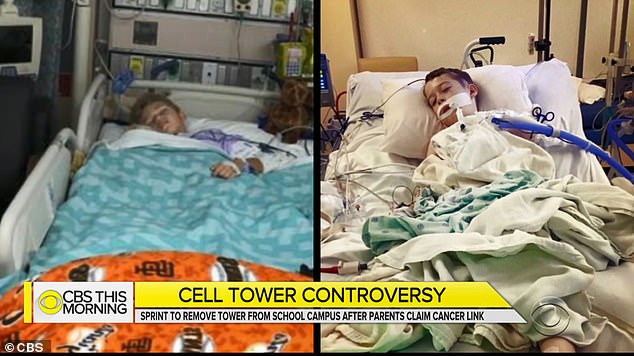 The kids’ mothers say their own private investigator found much higher levels, though still below the limit.

Monica Ferrulli, who’s son Mason was diagnosed with brain cancer in 2016, told CBS: ‘It is classified as a possible carcinogen.

‘That tells us that there is some evidence out there.

‘We’re not naive to the fact that there could be other components out there – other environmental influences… but the bottom line that we feel in regards to this tower is it doesn’t belong there… if there’s any indications that its unsafe.’

Ferrulli and Kelly Prime, whose son Kyle was diagnosed with kidney cancer in 2016, have been fighting to take the tower down for two years.

After hiring lawyers earlier this year, they finally got assurance in March that it would be coming down.

Their lawyers at The Cochran Firm argue that contamination is the most likely cause of the unusually high rate of childhood cancer in one small area.

According to CNN, Brain tumors are on the rise in England, raising cell phone concerns, the incidence rate of aggressive malignant brain tumors in England has more than doubled in recent decades and a new study questions what could be driving that rise.

The rate of glioblastoma climbed from 2.4 to 5.0 per 100,000 people in England between 1995 and 2015, according to the study, published Wednesday in the Journal of Environmental and Public Health.

The data analyzed in the study only reflect trends in brain cancer cases and do not shed light on why these trends could have occurred, but the researchers pointed to examples of lifestyle factors that they think could have played a role.

Among those factors, they briefly referenced previous studies on cell phone use possibly being associated with brain tumors and changes in the brain.

“The paper itself is not about cell phones; it’s just about this change in the tumors … but cell phones seem like really they’re the most likely cause,” said Alasdair Philips, lead author of the study and a trustee of Children with Cancer UK.

The tumors “primarily are in the frontal and temporal lobe areas, by your ear and forehead,” which raises the cell phone suspicion, he said.

OF course the reports say that the link is not proven, as the mobile phone industry is very powerful and the race for new technolofgy is presented as a improved personal usage with the health reports downplayed.

Around the world, research into cell phone radiation and a potential link to cancer risks has left more questions than answers.

Some studies have found no relationship between cell phone radio frequency and certain health problems, such as increased risks of tumors, while others suggest the opposite.

Cell phones emit radiofrequency energy, a form of non-ionizing radiation, and the tissues in our bodies closest to the phone can absorb this energy. Second, our use of cell phones has increased rapidly. Lastly, the number of phone calls we make and the length of those calls also have increased.

OK so if this is bad, then what do we expect with the rapid development of 5G technology. This once military weapon used to control crowds is silently being built around us.

So why are there so many Warnings over 5G?

Millimeter waves, massive MIMO, full duplex, beamforming, and small cells are just a few of the technologies that could enable ultrafast 5G networks. Like it or not, we’re rapidly moving into the world of 5G, or 5th generation cellular telecommunications.

Much like the food chain, the frequency bandwidths used currently by cell phones and similar technologies are becoming saturated. But we all want and expect a fast wireless service. The installation of 5G cell towers is not only going to improve speed, but it is also likely to have a detrimental effect on public health.

People in some countries are coming out in protest. But it seems that the media is doing an excellent job distracting everyone with pseudo science about Climate change and CO2.

What is really shocking is how little is known by the general public of what is being installed in their very own back yards. With towers in schools, near nursing homes and places where weak and vulnerable people may live.

The scary combination of this and the Flu vaccines being handed out for free as the elderly immune system takes another pounding, so we are more concerned for the safety of the very young and the very old.

Please be aware of the growing dangers around us as the cases of cancer increase.

Please also see this article: The dangers of microwaves and WiFi in the home