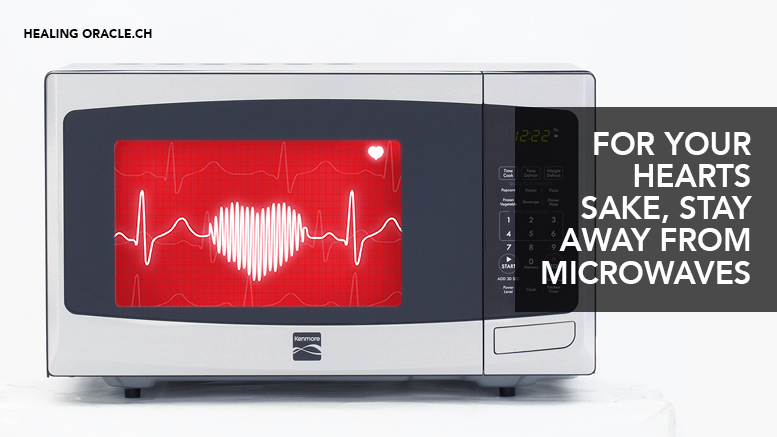 It’s a well known fact that Microwave ovens are detrimental to your health, but did you know that even standing near them while they “nuke” the food, much like Wifi, could lead to heart disease?

Many health conscious consumers rarely, if ever, microwave their food anymore, but when they do, they probably do not realize that they’re not just destroying the nutritional value of the food, but the “nuker” is negatively impacting their hearts.

According to Dr. Magda Havas of Trent University, people exposed to radiation for just three minutes at 2.4-GHz can experience severe reactions in heart rate changes and altered heart rate variations, indicating an alarm response to stress, also called electrohypersensitivity (EHS) or rapid aging syndrome. This has been studied for decades. The response includes heart palpitations, clumping of red blood cells and fluctuations of the parasympathetic nervous system typical of a “fight-or-flight” response.

Dr. Havas also revealed that microwave ovens can lead to blood sugar spikes connected with diabetes. This usually happens when people stand within three feet of the oven while it’s running, like when anxious eaters park themselves directly in front of the microwave oven while waiting for those last few seconds to finish “nuking” their food or beverage.

For years, bogus research and microwave oven fanatics have claimed that microwave ovens do not produce any immediate biological effects because the ordinary household level is far below federal guidelines. Most of those studies were conducted prior to the new millennium, but now environmental radiation is coming at us from multiple sources, including electromagnetic devices, laptops, WiFi and mobile phones.

Dr. Havas documented his peer-reviewed study and stated the following:

“This is the first study that documents immediate and dramatic changes in both heart rate and heart rate variability caused by an approved device that generates microwaves at levels well below (0.3 percent) federal guidelines in both Canada and the United States.”

Microwave sickness or the ‘microwave effect’ dates back to WWII

Microwave ovens are a form of electromagnetic radiation dating back to radar used during WWII. Microwave ovens emit radiation from high and low energy, and have a wavelength around 5 inches. These waves are generated by a magnetron (derived from magnet and electron), the same function that enabled airborne radar used during the second world war; that’s why microwave ovens were first called radar ranges. “Nukers” emit at 2,450 megaHertz (MHz), equivalent to 2.4 gigaHertz (GHz), causing dielectric heating, meaning the water molecules in the food vibrate violently at extremely high frequencies (millions of times per second), creating molecular friction, destroying nutrients and affecting the heart rate and variability of any person that stands near the oven. This is why it’s extremely dangerous to cook meat, because the blood is affected also, like the molecules in the water in food. Structures of those molecules are ripped apart and forcefully deformed. Some people call it “electric whiplash.”

In fact, microwaves are used in the field of gene altering to weaken cell membranes and to break cells apart. Those damaged cells in humans become targets for viruses, also known as the “microwave effect” or “microwave sickness.” Human tissues can experience the same violent deformations as your food that’s nuked.

Do you use a microwave oven often and also happen to experience unexplained headaches, nervousness, anxiety, dizziness, vertigo, impaired cognition, depression, nausea after eating, vision problems, tooth and jaw aching, or extreme and constant thirst? These are the “geno-toxic” effects of damaging your tissues and interfering with normal heart and brain activity.

The Nazis created a device to provide mobile food support for their troops when they invaded the Soviet Union. It was all experimental. Then the Russians and the U.S. researched the “safety” of these devices after the war. The Russians later banned the ovens when they figured out how dangerous they were, but not the USA! The FDA approves nearly everything that makes Americans sick, because Big Pharma is there to “rescue” us with expensive drugs, heart surgery, pacemakers and chemotherapy. Go figure.

One of the first food scientists to study the effects of microwaves on the blood and physiology of human beings was Dr. Hans Ulrich Hertel, who along with his biochemistry expert partners, concluded that microwaves resulted in negative health effects, including increased cholesterol levels, decreased numbers of red blood cells, decreased hemoglobin levels (indicating possible anemia) and decreased numbers of leukocytes (white blood cells).

Bottom line? There’s much more to worry about than just the loss of nutrition when “nuking” your food. You may also be “nuking” your blood, damaging your brain and disturbing your heart rate. Easy solution? Use your toaster oven and wait the extra couple of minutes for your food to heat. It’s worth your health and sanity.

Microwave ovens do have one use and something that makes them better than your average cupboard. The strong seal of the door makes them very good for storing bread, or anything else you want to keep fresh, but do not want to put in the fridge.

Just disconnect it from the power and don’t turn the thing on. 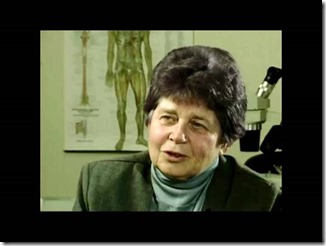 A World without Cancer! This Woman Is Cured Over 20,000 People!

Report: “All Cannabis Use is Medicinal” Whether You Know it Or Not

IS CANNABIS DANGEROUS OR JUST A WONDERFUL MEDICINE?

A BLOOD TEST THAT WILL DETECT CANCER WAY IN ADVANCE OF A DANGEROUS SCAN, OR BIOPSY