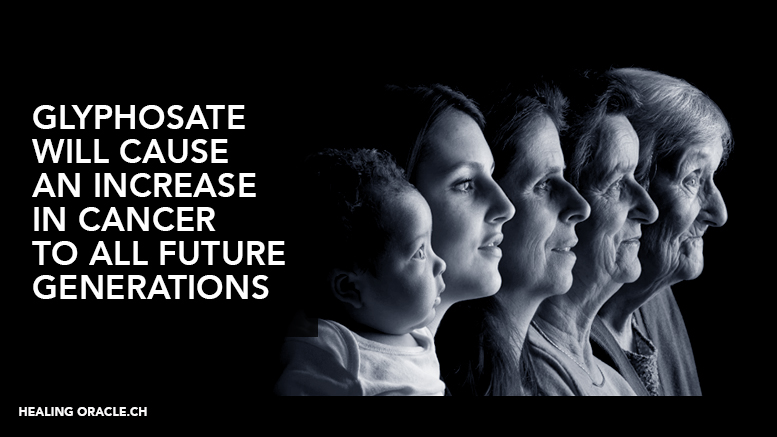 Glyphosate, the toxic substance found in Round Up weed killers, vaccines, and throughout the food supply, effects everyone of us. But, if we think the side effects we are seeing now are bad, it’s all set to get ALOT worse for the worlds future generations, and it may even be too late to change it.

Round Up’s literal killer ingredient Glyphosate has been in the press a lot for its devastating side effects, like terminal cancer, with Monsanto the company responsible for Round Up facing thousands of court cases against it.

Yet, latest research (and the first of its kind) from Dr Michael Skinner and his toxicology team, is perhaps the most alarming of all. Their findings show that Glyphosate side effects actually increased after every generation of mice that were exposed to it. And we are very similar in biology to mice and rats.

In the below video Dr Michael Skinner says that what they found was that Glyphosate has an “epigenetic effect.” That is, it effectively wraps around our DNA and carries a non genetic form of inheritance that can control DNA and therefore change every subsequent generation.

With environmental toxicant like Glyphosate, the study showed that the effects increase, even if the later generations are not exposed to it. It is our grand children and great grandchildren’s off spring that are likely to see these effects INCREASE, even if we stop using it now and are no longer exposed to it.

Monsanto’s own research did not go anywhere near studying this level of the development of diseases over generations, as environmental stresses like Glyphosate develop far later than their studies allowed and developmental biology has a far greater effect on subsequent generations.

As Dr Michael Skinner found that Glyphosate creates diseases in the reproductive tract and so he saw an increase in ovaries, prostrate and mammary tumours in the future generations of mice, with more kidney disease and an increase in birth abnormalities and miscarriages, as well as increased obesity. Much like we are now seeing in the trends of the modern world.

“Writing in the journal Scientific Reports, the researchers say they saw “dramatic increases” in several pathologies affecting the second and third generations. The second generation had “significant increases” in testis, ovary and mammary gland diseases, as well as obesity. In third-generation males, the researchers saw a 30 percent increase in prostate disease – three times that of a control population. The third generation of females had a 40 percent increase in kidney disease, or four times that of the controls.

More than one-third of the second-generation mothers had unsuccessful pregnancies, with most of those affected dying. Two out of five males and females in the third generation were obese.

Skinner and his colleagues call this phenomenon “generational toxicology” and they’ve seen it over the years in fungicides, pesticides, jet fuel, the plastics compound bisphenol A, the insect epellent DEET and the herbicide atrazine. At work are epigenetic changes that turn genes on and off, often because of environmental influences.”

Pre treat these potential diseases with diet and exercise

The only possible good news here is that Dr Skinner points out that your lifestyle, eg diet and exercise, can still make a difference in delaying the onset of these potentially inevitable Glyphosate causing cancers and tumours.

Whereas a bad diet will increase the effects of these diseases dramatically, as an overall lack of nutrition (as we see in most American diets) will mean you are increasing the effects not only on yourself but on the future generations.

Should this substance not be banned immediately and be classed as seriously as germ warfare? It’s a herbicidal biohazard, that is as serious as any chemical weapon and yet is approved by the FDA and in so much of what we now consume?

This could also ironically, further play into the hands of the Pharmaceuticals Industry and back to Monsanto, as we will see an increased reliance on genetic testing. As we expect to see more on this as Scientists and researchers claim ways of working out how to treat these diseases before they develop based simply on your DNA and an increased number of vaccines against “future diseases”. Which is alarming when you also consider that GSK has bought the rights to 23&Me and their DNA Data. 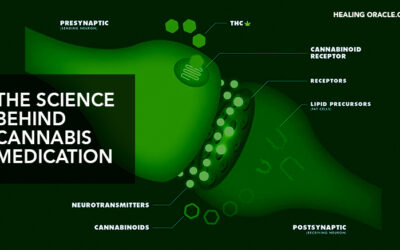 THE ENDOCANNABINOID SYSTEM & WHY WE HAVE CANNABIS ALREADY IN OUR BODIES