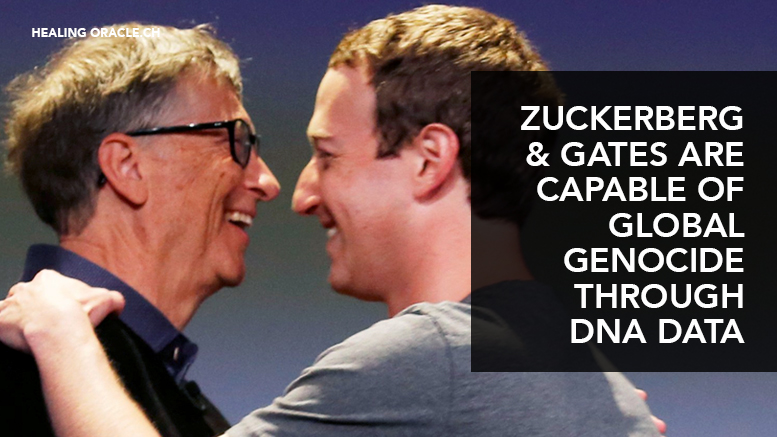 Do these two men that control global communications and global health, know a lot about sharing DNA? Whilst the majority of the world is distracted, the New World Order continues unabated.

Bill Gates and Mark Zuckerberg look very comfortable together. There is an uncanny resemblance and a familiarity to them both. Do they in fact, share the same DNA? Do they know the REAL power of DNA?

Take a look at this row of faces below. They have very similar mouths, eyes and wavy hair. Then place them alongside Nat Rothschild and perhaps it all starts to make sense?

The Rothschilsd are the most powerful family in the world. They are king makers with a strangle hold on the worlds financial institutions, they own the Federal reserve and IRS, as well as 99% of the banking world.

Both Bill Gates Microsoft and Mark Zuckerberg’s Facebook have a very similar business model to the Rothschild’s and have together monopolised the world of computing and social media, by destroying and buying out any opposition, by any means necessary.

Facebooks business practices are more than suspect and have been exposed many times of late, but is there a more sinister agenda here? Both have gone on to form foundations under the guise of humanitarianism and have apparently invested the majority of their joint substantial wealth in developing vaccines.

So why are the two main global “tech giants” so interested in DNA?

There is little in terms of opposition to these fast moving developments that claim to be for the greater good. As we have already reported, Bill Gates is now the most powerful man at the World Health Organisation.

This article from Natural News back in 2017 drew this comparison:

“The 61-year-old billionaire and self-proclaimed “humanitarian,” Bill Gates, has a new, younger protégé that wants to follow in his footsteps by trying to vaccinate the entire world: Facebook CEO Mark Zuckerberg. According to reports, Zuckerberg is currently in the process of opening up his own $600 million “biohub” in Silicon Valley that aims to procure $3 billion in capital to “cure, prevent and manage” all disease throughout the entire world in just one generation.

The social media guru has apparently been inspired by Gates’ ambitious goal to jab every man, woman, and child on the planet with as many vaccines as possible in order to reduce the global population.

The ultimate goal of Zuckerberg’s biohub, as reported by The Guardian, was to usher in a “new era of accelerated progress in science and health.” In plain speak, the planned roll out of all sorts of new vaccines, genetically-modified organisms (GMOs), crop chemicals, and other things to centralize control over the basic necessities of the world continues.

In a broad sense, the biohub will focus on novel ways to address prevention, diagnosis, and rapid response to disease, which includes producing more pharmaceutical drugs and more vaccines to be pushed on the masses — particularly in developing areas of the world such as Africa. As usual, infectious diseases like HIV and AIDS are being propped up as justification for the program, which would otherwise raise a lot of red flags as to its scope and potential.

Another area of research that the biohub plans to focus on involves data mining, particularly from privacy invasion tools like Facebook that track the habits, movements, and attitudes of its users in real time.

Bill Gates was basically told to get the hell out the country when he and his wife Melinda’s infamous foundation were exposed as nothing more than a vaccine-pushing fraud directly tied to Big Pharma.

India’s National Technical Advisory Group on Immunization (NTAGI) announced that it officially cut ties with the Bill & Melinda Gates Foundation. The announcement came after it was shown that so-called vaccine “campaigns” conducted on tens of thousands of young girls throughout India back in 2009-2010 that were meant to help protect them from cervical cancer were actually cloaked vaccine trials involving two highly controversial vaccines known to injure and kill.

The vaccines in question were Cervarix by GlaxoSmithKline (GSK) and Gardasil by Merck & Co., both of which are marketed as protecting against the human papillomavirus (HPV), which is claimed to have a link to cervical cancer. Both vaccines come with extreme side effects and evidence shows that GSK and Merck essentially teamed up with the Gates Foundation to take advantage of young Indian girls and use them as human guinea pigs in trials of the two vaccines.

According to independent journalists, these trials resulted in thousands of injuries and hundreds of deaths that were eventually traced back to the two vaccines.

Backing these claims were several whistle-blowers from the Indian non-governmental women’s organization Sama, which brought before authorities considerable evidence showing that young women were taken advantage of by Bill Gates and his cronies, who illegally injected dangerous vaccines into them without proper consent or even full disclosure as to what was being dispensed into their bodies.

Besides receiving the dangerous vaccines, these same women were forced to submit copies of their fingerprints to government authorities, a coercive effort that only further indicts the Gates Foundation for human rights violations involving some of the most vulnerable members of the global population.

The Gates foundation is also a major shareholder in Monsanto

As reported in The Guardian, The Gates Foundation invested in Monsanto in 2010 and is a major shareholder. company Monsanto, purchasing 500,000 shares worth around $23m.

Whilst Zuckerbergs Biohub is investing heavily in the world of DNA and genomics:

23&Me and DNA data mining

Put this alongside the fact that GSK paid $300 million dollars for access to the largest DNA testing service 23&Me last year, as well as Ancestry.com. Meaning they are now able to sift through thousands upon thousands of genetic records of people who are primarily unaware, or apathetic to the consequences of such activity.

So linking these giants together mean that Facebook can now access DNA data, as well as your location, your phone, your home Wifi and in the near future, it is not unconceivable they will be able to create holograms of everyone on the planet. Therefore negating the medical process and changing your DNA remotely from the illumina lab in California.

Controlling and changing your DNA remotely will mean more and more people getting sick and dying of mysterious illnesses. It may well sound like a Sci-fi movie, but this is very real.