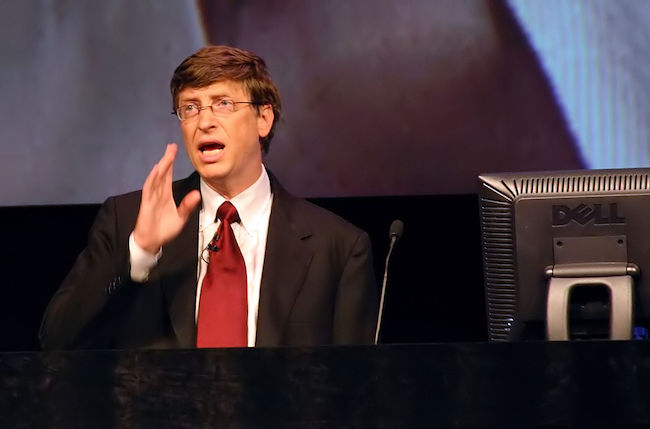 Whistleblowers from the Indian NGO woman’s health group named Sama revealed how the young girls were being used as guinea pigs for vaccine trials all under the guise of receiving healthcare.

In 2009, tribal children (girls) of the Khammam district in Andhra Pradesh, India were given “well being” shots consisting of the HPV vaccine manufactured by Merck. In Vadodara, Gujarat, another 14,000 plus more tribal children used as guinea pigs. This time the “well being” shots were the HPV vaccine called Cervarix made by GlaxoSmithKline. Both vaccine “campaigns” had purposely denied the girls and their parents informed consent. Both “campaigns” were really official expanded trials of Merck and GlaxoSmithKline’s newly approved HPV vaccines. Both trials were in collaboration, directed, and implemented by the openly candid eugenics Gates Foundation. And both India HPV vaccine trials saw the health of a critical mass of the girls who received the unsafe vaccine rapidly deteriorate including some deaths.

In April 2010, the government of India called a halt to trials of the HPV vaccine. This came about because of a civil society-led investigation highlighted serious ethical violations in the trials. According to Economic and Political Weekly, the investigation that led to the ban highlights how:

“…the promotional practices of drug companies, pressure from powerful international organizations, and the co-option of, and uncritical endorsement by India’s medical associations are influencing the country’s public health priorities.”

Whistleblowers from the Indian NGO woman’s health group named Sama revealed how the young girls were being used as guinea pigs for vaccine trials all under the guise of receiving healthcare. Sama reported that those receiving the vaccine were given no informed consent while authorities made the people submit their thumb prints.

The recent news reported by the Economic Times of India states:

“The Centre has shut the gate on the Bill and Melinda Gates Foundation on a critical national health mission, and possible conflict of interest issues arising from the foundation’s “ties” with pharmaceutical companies is one of the reasons.

All financial ties of the country’s apex immunization advisory body, National Technical Advisory Group on Immunization (NTAGI), with the Gates Foundation have been cut off.”

Concerns from senior medical officials within India, arguments from members of the steering board of the National Health Mission, and the Swadeshi Jagaran Manch economic wing of the Hindu nationalist movement unified to blow the whistle on pharmaceutical “conflict of interest issues” within the NTAGI-Gates Foundation relationship. Gates and his foundation were given 20 days to wrap up their ties and exit their involvement with India’s Immunization Technical Support Unit at the Public Health Foundation of India. The official removal of the Gates Foundation from the affairs of India’s public health care comes after over a five year legal battle within India’s Supreme Court in which the foundation has been on trial for damage their vaccine programs have caused.

Coming into existence on November 22, 1991 People from all walks of life with distinct ideologies in India came together on the Swadeshi Jagaran Manch (SJM) platform to fight against “economic imperialism.” Playing a role in the recent removal the Gates Foundation from India, SJM’s national co-convener Ashwani Mahajan told the Economic Times of India, “We welcome this move by the government. We have always said foreign influence in our domestic policies in any way must be avoided.”

As for the Gates Foundation, their revenue stream/business model of establishing beachheads in underdeveloped countries to perform clinical trials for pharmaceutical companies appears to have been outed. However, without missing a beat, the foundation latest project, the Coalition for Epidemic Preparedness Innovations (CEPI), is an organization whose stated mission is to “stop future epidemics by developing new vaccines for a safer world.” Unveiled by Gates at the World Economic Forum in Davos, Switzerland last month, the CEPI has suspiciously common threads, language, and pharmaceutical end goals as the US Centers for Disease Control and Prevention’s new rules for quarantine and isolation published on the last day of Obama’s presidency.