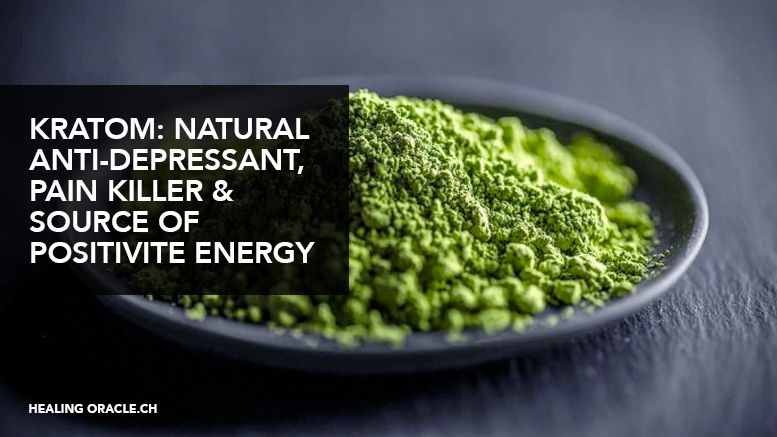 Kratom is an ancient herb, found in the tropical regions of South East Asia, particularly in Thailand and Bali and has been used extensively for centuries as a medicinal component for the suppression of chronic pain, depression and anxiety and the encouragement of positive thinking and energy.

Forget toxic anti-depressants that are handed out like “candy” and addictive opioids, with more people die from opioids in the USA than from guns, for example, or dangerous energy drinks that are full of caffeine and increase the risk of strokes by a staggering 500%.

Kratom works as a nerve agent that can sooth various pains and can also be used as a natural way to combat the addiction of opiates.

Additionally, it has been used as an energy booster and also been associated with the improvement of sexual performance.

Variations: There are red and white vein types of Kratom, whereas Maeng Da Kratom is also a very ancient and well known kind of Kratom that is well reputed for its medicinal characteristics and potency.

What is Maeng Da Kratom?

Maeng Da Kratom is believed to be one of the finest and purest forms of Kratom, while the others are considered to be a more doped and tampered with.

Maeng Da Kratom is believed to have specific Thai origins and is considered locally as not just a medicine, but as a supreme drink to present to offer guests and is consumed during special events and festivities and so for recreational purposes, as a great refreshment. It has a lesser alkaline content than its counterparts, making it more digestible and enjoyable to drink.

The Maeng Da Tree gives a very stable and consistent growth during its farming and even after the extract of Kratom has been made, the product is fairly consistent in its taste and aroma. The seasonal changes on the other hand have significantly changed the growth ability and productivity of these plants in Thailand, making the Maeng Da Kratom a very delicate kind of Kratom to produce.

In order to identify Maeng Da Kratom from the other kinds of Kratom, the best and most convenient way is to look at its color, as it is dark green, when preset in the form of raw leaves. Upon grinding, or crushing it into powder, the crushed leaves give an even darker green color appearance.

Scientific research has uncovered that the Maeng Da Kratom variant has higher quantities of mitragynine, 7 hydroxymitragynine, and mitraphylline in comparison to the other variants of Kratom.

As Maeng Da Kratom is the stronger variant, it should be consumed in smaller quantities for the same effect and in taking it in smaller quantities, leads to heightened feelings of alertness and higher energy levels, enhancing brain function and an improvement in concentration levels, increasing efficiency.

Scientific research shows that it has a direct effect on the cerebral system of the body and can be used as a supplement in small amounts to improve your ability to work and to concentrate.

It can combat feelings of lethargy and lead to an increase in effectiveness and for longer periods of time. Tasks like studying and working on a computer (for example) can cause the brain to consume energy very quickly, resulting in fatigue, but Maeng Da Kratom can eradicate these feelings of fatigue, leading to an elevated sense of achievement and enthusiasm.

It not only stimulates the brain functions into working for a longer time and with a higher pace, but also increases positive thinking and we all know how important that is. In fact, this is the very energy of life that our cells rely on.

Many people claim that when they are feeling depressed and their motivation is shaking, they consume this medication to boost their motivation and to give strength to their mind. The brain is a muscle, much like any other in the body.

Consumers of Maeng Da Kratom state that they have witnessed a sense of encouragement to work more, harder and faster. This implies that following the consumption of this medicine, the consumers are filled with an ambition to work harder and are more proactively.

The absence of alkaloids in the Maeng Da Kratom makes it a very highly concentrated substance. It can also have a long lasting effect on the body and it has been estimated that once consumed, Maeng Da Kratom can remain in the system for as long as 8 hours, thus being a very potent agent.

Other variants of Kratom (with Indo and Bali origin) have to be consumed in higher quantities of up to 5 grams. Whilst in comparison Maeng Da Kratom should be consumed in a quantity of no more than 2 grams at a time.

Warning It has been found that if Maeng Da Kratom is consumed in a quantity of more than 10 grams in weight then the consumer may experience excessive sleepiness and even sedation. Which implies that the excessive ingestion of this kind of Kratom can be dangerous for the nervous system and can shut down mental functions for as long as 8 hours.

It is hence important that certain cautions and cares are ensured whilst consuming Kratom.

The effect of Maeng Da Kratom when used in very large quantities can be considered similar to those of using caffeine.

While small amounts of the Maeng Da Kratom can cause the consumer to have a sharper mind, higher quantities can result in an opposite effect, or a heightened and elevated form of mental alertness that can result in anxiety.

Due to its potency and effects, if you are already suffering from restlessness and irritation then it is suggested that you should try to avoid Maeng Da Kratom variant and better opt for either the red vein, or white vein Kratom.

It is important to understand that these plants and trees cannot be expected to grow in other regions, apart from where it originates, as this delicate tree can only grow properly in the tropical regions of South East Asia.

So never buy Kratom that has been farmed elsewhere.

Please contact us here to enquire about ordering Kratom. 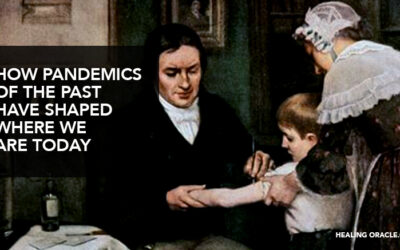 A WARNING TO HUMANITY

HOW TO DECLINE A PCR TEST