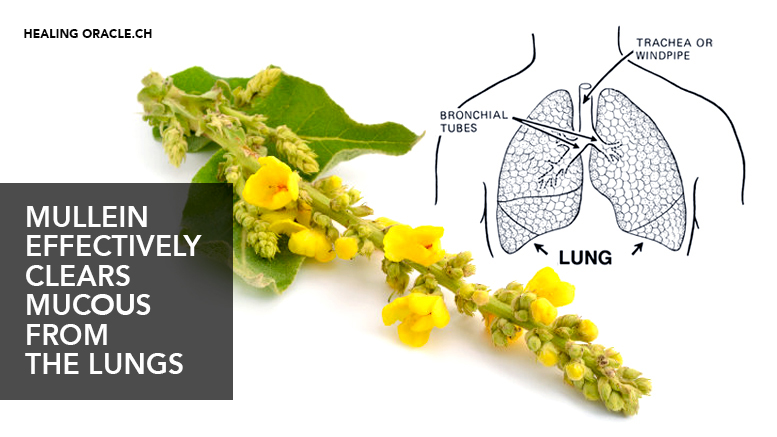 One of the many wonderful healing herbs that grow wild as a “weed,” Mullein is very effective at clearing mucous in the lungs, cleansing the bronchial tubes and soothing inflammation in the respiratory tract. The leaves and the flowers can be used to make teas, or tinctures to help clear these infections.

If you suffer from excess mucous, or fluid in the lungs, any mainstream doctor will give you a course of antibiotics that will strip your gut flora and leave you with long term side effects, a spiral of ill health and repeat visits to hospital.

The mullein plant is native to northern Africa, Asia and Europe, and was brought to the Americas and Australia.

Mullein (Verbascum thapsus) is a common weed that has long been used in herbal medicine, especially in remedies that aim to soothe the respiratory tract. These remedies involve the use of mullein’s flowers and leaves.

How it works: Mullein contains a mucilaginous substance that swells and becomes slippery as it absorbs water, and this may account for at least some of its soothing action, whilst at the same time its saponin-bearing constituents and volatile oils cause it to have a cleansing action on the lungs.

Certain compounds in mullein’s leaves and flowers are thought to act as demulcents or expectorants. Demulcents are substances that calm irritation, or inflammation in the skin or internal parts of the nose, mouth, or throat. Expectorants are agents for stimulating the production or secretion of phlegm.

In some cases, mullein is applied directly to the skin to help treat burns or inflammatory skin conditions. Mullein oil is also used in ear drops for the treatment of ear infections.

In lab tests published in 2002, researchers found that mullein helped kill certain types of bacteria, including Staphylococcus aureus (the most common cause of staph infections) and Escherichia coli (or E. coli). Herbalists typically use mullein to address the following health problems:

The use of mullein to treat any condition is not well-supported by scientific data. However, preliminary research suggests that mullein shows promise for use in the treatment of the following conditions:

In test-tube research, mullein has been found to fight flu-causing viruses. However, since the flu can lead to serious illnesses such as pneumonia, it’s critical to seek medical attention when experiencing flu symptoms (rather than attempting to self-treat the condition).

Although there are no known adverse effects associated with the use of mullein, it’s important to educate yourself about supplement safety before using any herb.

Supplements haven’t been tested for safety and due to the fact that dietary supplements are largely unregulated, the content of some products may differ from what is specified on the product label. Also keep in mind that the safety of supplements in pregnant women, nursing mothers, children, and those with medical conditions or who are taking medications have not been established.

What to Look For

Due to the limited research, it’s too soon to recommend mullein as a treatment for any condition. If you’re considering using it, talk to your doctor to weigh the potential risks and benefits. Keep in mind that alternative medicine should not be used as a substitute for standard care. Self-treating a condition and avoiding or delaying standard care may have serious consequences.

If you are familiar with Dr. Sebi, he believed that all health ailments were caused by excess mucous. He did great work and healed many people from “incurable” illnesses. He is greatly missed in the holistic community.

“Dr. Sebi’s theory of healing revolved around alkalizing the body and removing excess mucus from the body to support health and vitality. I adopted a plant based diet and followed this nutritional guide to alkalize my body and remove mucus from it.

The consumption of toxic foods and dairy promotes an acidic environment in the body and causes a harmful mucoid lining to develop in the intestine, which makes it difficult for nutrients to pass through its wall and feed the body.”

Watch this interview with Dr Sebi on the Rock Newman show just before he died. He was not afraid to speak out and was a fountain of knowledge on many things that went against the mainstream. He will be truly missed. 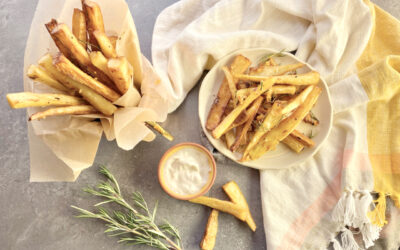 DID YOU KNOW THAT FLORIDA NOW HAS A LAW THAT STATES THEY CAN FORCE VACCINATE?