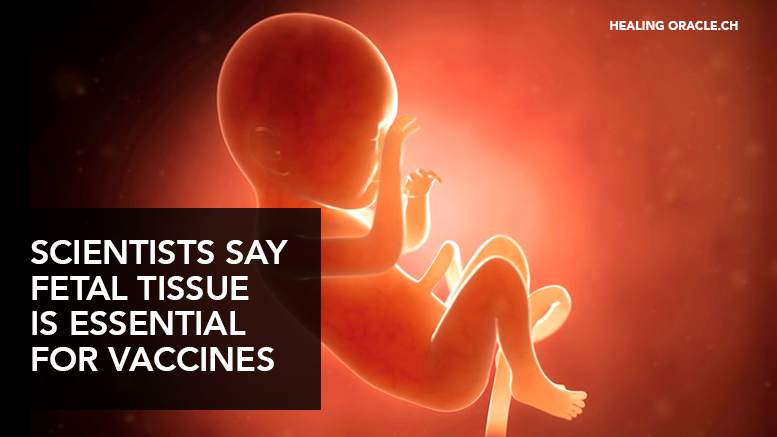 BOSTON — The furor on Capitol Hill over Planned Parenthood has stoked a debate about the use of tissue from aborted fetuses in medical research, but U.S. scientists have been using such cells for decades to develop vaccines and seek treatments for a host of ailments, from vision loss and neurological disorders to cancer and AIDS.

Anti-abortion activists set off the uproar by releasing undercover videos of Planned Parenthood officials that raised questions of whether the organization was profiting from the sale of fetal tissue. Planned Parenthood has denied making any profit and said it charges fees solely to cover its costs.

University laboratories that buy such cells strongly defend their research, saying tissue that would otherwise be thrown out has played a vital role in lifesaving medical advances and holds great potential for further breakthroughs.

Fetal cells are considered ideal because they divide rapidly, adapt to new environments easily and are less susceptible to rejection than adult cells when transplanted.

“If researchers are unable to work with fetal tissue, there is a huge list of diseases for which researchers would move much more slowly, rather than quickly, to find their cause and how they can be cured,” Stanford University spokeswoman Lisa Lapin said in an email.

From 2011 through 2014 alone, 97 research institutions — mostly universities and hospitals — received a total of $280 million in federal grants for fetal tissue research from the National Institutes of Health. A few institutions have consistently gotten large shares of that money, including Yale, the University of California and Massachusetts General Hospital, which is affiliated with Harvard.

The U.S. government prohibits the sale of fetal tissue for profit and requires separation between researchers and the women who donate fetuses. Some schools go further, requiring written consent from donors.

Many major universities declined to make scientists available for interviews about their fetal tissue work, saying they fear for the researchers’ safety because the issue is so highly charged. The Planned Parenthood uproar led to a failed attempt by Republicans to strip the organization of federal funding.U.S. scientists have been using such cells for decades to develop vaccines and seek treatments for a host of ailments, from vision loss and neurological disorders to cancer and AIDS. Researchers use fetal tissue to understand cell biology and human development. Others use it to look for treatments for AIDS. Research on spinal cord injuries and eyesight-robbing macular degeneration involves transplanting fetal cells into patients. European researchers recently began putting fetal tissue into patients’ brains to try to treat Parkinson’s, a strategy that previously had mixed results.

Some scientists are looking for alternatives to fetal tissue, such as using adult cells that have been “reprogrammed” to their earlier forms. But those techniques are still being refined, and some fields are likely to remain reliant on fetal tissue, such as the study of fetal development.

Vaccines have been one of the chief public benefits of fetal tissue research. Vaccines for hepatitis A, German measles, chickenpox and rabies, for example, were developed using cell lines grown from tissue from two elective abortions, one in England and one in Sweden, that were performed in the 1960s.

German measles, also known as rubella, “caused 5,000 spontaneous abortions a year prior to the vaccine,” said Dr. Paul Offit, an infectious-disease specialist at Children’s Hospital of Philadelphia. “We wouldn’t have saved all those lives had it not been for those cells.”

Fetal tissue was “absolutely critical” to the development of a potential Ebola vaccine that has shown promise, said Dr. Carrie Wolinetz, an associate director at NIH, which last year handed out $76 million for work involving fetal tissue, or 0.2 percent of the agency’s research budget.

Scientists are also using fetal tissue to try to identify substances in adults that could be early warning signs of cancer, said Dr. Akhilesh Pandey, a molecular biologist at Johns Hopkins University.

Experts at MIT and other research centers use fetal tissue to implant the human immune system into mice, as a way to study diseases without employing people as test subjects. They add tumors to study the immune system’s response, then test cancer treatments out on the mice.

“This eventually will provide a benefit to society,” said Jianzhu Chen, an immunology professor and researcher at MIT.

At Stanford, fetal tissue has been used to study Huntington’s disease, “bubble boy disease” and juvenile diabetes. Fetal brain calls are now being used there in research on autism and schizophrenia.

After the release of the undercover videos, Colorado State University conducted an ethics review and suspended its dealings with one vendor. But it is pressing ahead with its HIV research with fetal tissue.

“Our position is this research has such tremendous value in driving discoveries that could be done no other way,” said Alan Rudolph, university vice president of research.