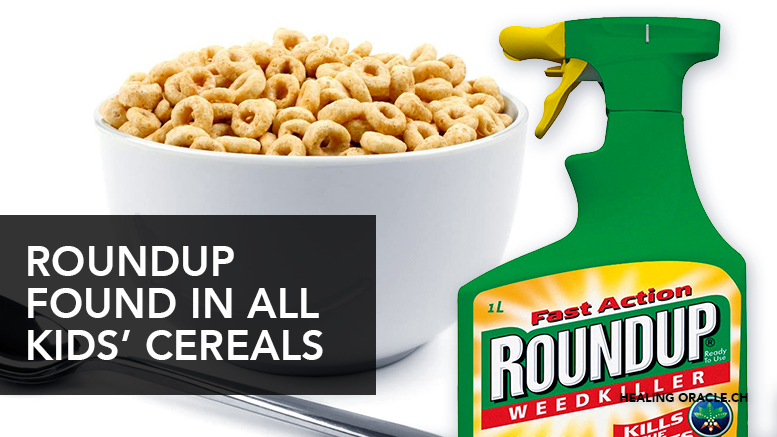 A second round of tests commissioned by the Environmental Working Group found the active ingredient in Monsanto’s Roundup weed killer in every sample of popular oat-based cereal and other oat-based food marketed to children.

These test results fly in the face of claims by two companies, Quaker and General Mills, which have said there is no reason for concern. This is because, they say, their products meet the legal standards.

Yet almost all of the samples tested by EWG had residues of glyphosate at levels higher than what EWG scientists consider protective of children’s health with an adequate margin of safety. The EWG findings of a chemical identified as probably carcinogenic by the World Health Organization come on the heels of a major study published in JAMA Internal Medicine that found a significant reduction in cancer risk for individuals who ate a lot of organic food.

The tests detected glyphosate in all 28 samples of products made with conventionally grown oats. All but two of the 28 samples had levels of glyphosate above EWG’s health benchmark of 160 parts per billion, or ppb.

Test information: EWG scientists purchased products in grocery stores in the San Francisco Bay area and Washington, DC, area. Either one or two different samples were purchased for testing, depending on the type of product. Approximately 300 grams of each product were packaged and shipped to Anresco Laboratories, in San Francisco. Glyphosate levels were analyzed by liquid chromatography tandem mass spectrometry method, with the limit of quantification of 10 ppb. Testing methodology is described here. A PDF of the testing results is available here.

Glyphosate, the most widely used herbicide in the world, is classified by the International Agency for Research on Cancer as “probably carcinogenic” to people. The IARC has steadfastly defended that decision despite ongoing attacks by Monsanto.

In 2017, glyphosate was also listed by the California Office of Environmental Health Hazard Assessment as a chemical known to the state to cause cancer.

“How many bowls of cereal and oatmeal have American kids eaten that came with a dose of weed killer? That’s a question only General Mills, PepsiCo and other food companies can answer,” said EWG President Ken Cook. “But if those companies would just switch to oats that aren’t sprayed with glyphosate, parents wouldn’t have to wonder if their kids’ breakfasts contained a chemical linked to cancer. Glyphosate and other cancer-causing chemicals simply don’t belong in children’s food, period.”

Results of the new tests come two months after EWG’s first series of tests found glyphosate in all but two of 45 samples of foods made with conventionally grown oats, and in about one-third of the 16 products made with organic oats. About two-thirds of the samples of conventional foods had levels of glyphosate above EWG’s health benchmark.

Following release of the first batch of tests, General Mills and the Quaker Oats Company went on the defensive, noting that glyphosate levels found were within regulatory limits set by the Environmental Protection Agency. Studies regularly find that the legal limits on contaminants in food, air, drinking water and consumer products fall short of fully protecting public health, particularly for children and other people more sensitive to the effects of toxic chemicals. The EPA’s legal limit for glyphosate on oats, 30 parts per million, was set in 2008, well before the cancer findings of the IARC and California state scientists.

EWG does not believe chemicals linked to cancer belong in children’s food. Our recommended maximum daily intake of glyphosate in food is 0.01 milligrams. For a 60-gram portion of food, this daily intake limit translates to a safety standard of 160 ppb of glyphosate. This health benchmark is based on the risks of lifetime exposure, because small, repeated exposures can add up if someone eats food containing glyphosate every day.

After sitting on data from its own glyphosate tests for more than a year, the Food and Drug Administration finally made the results public last month. The FDA found glyphosate on about two-thirds of corn and soybean samples. But it did not test any oats or wheat, the two main crops on which glyphosate is used as a pre-harvest drying agent.

More than 156,000 people have signed a petition from EWG and Just Label It calling on General Mills, Quaker and Kellogg’s to get glyphosate out of their products. Last month EWG – joined by companies including MegaFood, Ben & Jerry’s, Stonyfield Farm, MOM’s Organic Market, Nature’s Path, One Degree Organic Foods, Happy Family Organics, Patagonia, PCC Community Markets and Amy’s Kitchen – petitioned the EPA to sharply limit glyphosate residues allowed on oats and prohibit its use as a pre-harvest drying agent.

GET GLYPHOSATE OUT OF OUR FOOD!

“Once again, our message to General Mills, Quaker and other food companies is that you can take the simple step of telling your oat farmers to stop using glyphosate,” said Cook. “You can hide behind an outdated federal standard, or you can listen to your customers and take responsibility for cleaning up your supply chain. It’s your choice.”

EWG sent letters today to General Mills and PepsiCo asking each company if it had conducted similar analyses for the presence of glyphosate. And, if any tests have been done, we asked if the companies to inform the public when the testing began and what they found. 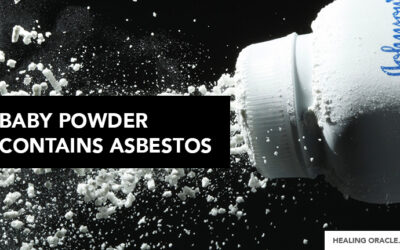