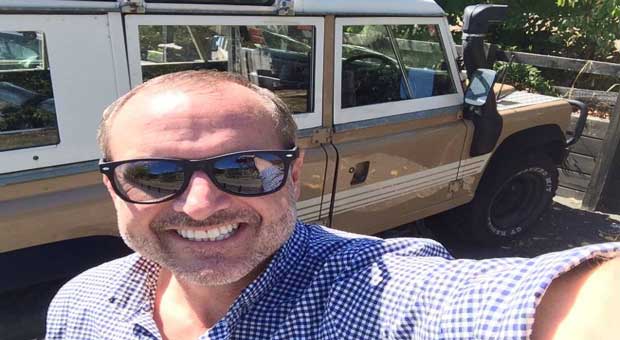 Tweet
Pin
Share568
WhatsApp
Reddit
568 Shares
Christopher Bayley King, 49, was eating at Farm to table Bramble & Hare organic restaurant when he was shot. Yet another holistic doctor has been murdered, this time whilst enjoying his meal in an organic restaurant. Christopher Bayley King, 49, was eating at Farm to table Bramble & Hare when he was approached by an unknown man then shots were fired. This comes as a huge wave of doctors who specialize in holistic health and alternative cancer treatments that have been murdered.
93 have been murdered to date. SCROLL DOWN FOR VIDEO  news reports: “According to his Facebook and LinkedIn pages, King was a physician and researcher who focused on diet and disease. He is listed as the founder of Dr. King’s Clinic in California and also worked at SlimGenics. King wrote in a February Facebook post that he had previously traveled to New Zealand to work with Maori — the aboriginal people of the country — and planned on returning in June to do more work.”
The man who allegedly shot King, Louis Joseph Sebastian, 32, is currently being held at the Boulder County Jail without bond. It is not known if they know each other or what their relationship is, if any. He was scheduled for a hearing on Aug. 7 to determine if there is enough evidence to continue to hold him without bond.
UPDATE: (a quote from New Zealand newspaper linked below: “According to the affidavit, the Daily Camera report said, King and Sebastian were invited by different guests. However, one of the guests, Leah Akin, said she accidentally invited King, thinking she was inviting a friend with the same name. But when he arrived, he was welcome because the two had previously “hooked up”. Another host, Gary Reeves, had invited Sebastian, but said the 32-year-old made him uncomfortable because he often talked about “interactions with the mob”. Throughout the night, Sebastian flirted with a guest and told others he believed men “needed to be macho and aggressive to win over the attention and affection of women”. Guests left the party and headed downtown for food and drinks and King and Sebastian got into an argument (allegedly about politics according to official reports) then Sebastian suggested they take it outside. Witnesses heard gunfire outside the restaurant and said King fell into the restaurant, where he was shot. A chef and former marine ran out of the kitchen and disarmed Sebastian, who fought and struggled, the report said. Boulder police believe King was shot four times, in the ribs, chest, and shoulder, according to the affidavit. Sebastian later claimed self-defence. If convicted of first-degree murder, Sebastian would face a life sentence as an automatic punishment. Prosecutors could seek the death penalty, but this is unlikely.” We are so sorry to his family and friends and the loss of this great holistic doctor who had done so much for the world with his research and writings. Our heart goes out to his family, friends, and patients. Update: Here is an update that has come in on the holistic doctor being accidentally invited and getting shot at the restaurant.