Jonathan Landsman and Dr. David Kennedy, an outspoken and intelligent critic of conventional dentistry revels the scientific proof about how mercury-based “silver” fillings cause many of the most serious health conditions of our time. If you or someone you love has mercury fillings – in the mouth – I urge you to take the time and watch this video – now.

In fact, Dr. Kennedy makes one of the boldest comments I’ve ever heard about the dangers of mercury toward the end of the video. I’m sure you’ll agree — Dr. Kennedy is a blessing to humanity for his tireless efforts.

1. Causes Damage to Brain in Children

In February, 1998, a group of the world’s top mercury researchers announced that mercury from amalgam fillings can permanently damage the brain, kidneys, and immune system of children.

The first large-scale epidemiological study of mercury and adverse reactions was recently completed and showed that of the symptoms looked at, there was a link seen to gastrointestinal problems, sleep disturbances, concentration problems, memory disturbances, lack of initiative, restlessness, bleeding gums and other mouth disorders.

A study related to mercury and Alzheimer’s Disease was recently completed by a team of scientists led by well-respected researcher Dr. Boyd Haley. They exposed rats to levels of mercury vapor diluted to account for size differences between humans and rats. The rats developed tissue damage “indistinguishable” from that of Alzheimer’s Disease. Repeating the experiment showed the same results. Dr. Haley is quoted as saying “I’m getting the rest of my fillings taken out right now, and I’ve asked my wife to have hers replaced too.”

The type of mercury fillings that began to be used during the last couple of decades, non-gamma-2 (high copper), releases many times more mercury than the older style of amalgam fillings. Also, please see the article on the instability of dental amalgam fillings by Ulf Bengsston.

Mercury is one of the most toxic substances known. The mercury release from fillings is absorbed primarily as highly toxic elemental mercury vapor.

Based on a number of studies in Sweden, the World Health Organization review of inorganic mercury in 1991 determined that mercury absorption is estimated to be approximately four times higher from amalgam fillings than from fish consumption. Recent studies have confirmed this estimate. The amount absorbed can vary considerably from person to person 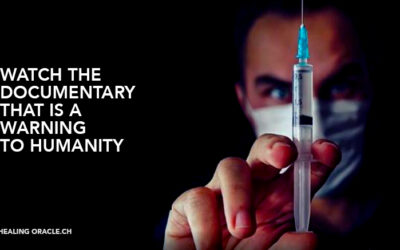 A WARNING TO HUMANITY

THE BEST WAY TO APPLY MEDICAL MARIJUANA OIL IS RECTALLY

NO RESTRICTION FOR TOURISTS IN MEXICO