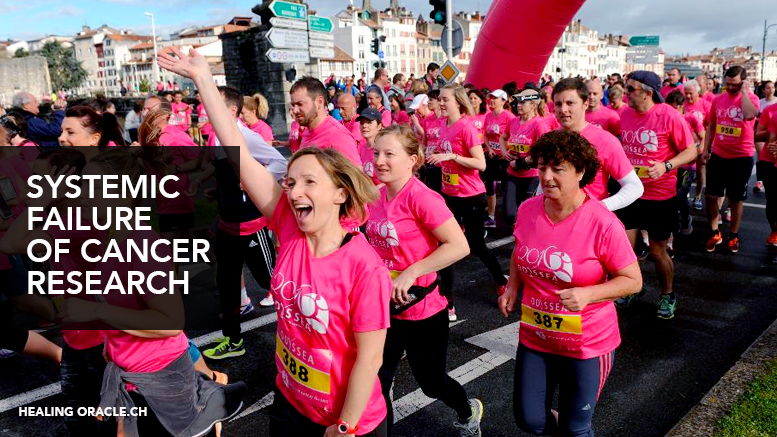 Think the latest chemo drugs help people to live longer, or have a better quality of life? Sadly, even though we want our sponsored runs to make a difference. The truth is that the Cancer Research industry makes millions of dollars a year, yet is created to fail, in order to protect the invested billions of dollar’s worth of infrastructure of the (do not cure) cancer industry

The authors of research last year said that their “findings raise concern that the National Comprehensive Cancer Network (NCNN) justifies the coverage of costly, toxic cancer drugs based on weak evidence.”

You’d like to think that when your oncologist prescribes cancer drugs for your life threatening condition that there is solid clinical evidence that shows it will help you either live longer, or live more comfortably. But several important studies in 2018 revealed that this hope is deeply unfounded and the entire system is reverse engineered to fail. Not succeed.

You imagine that there are teams of dedicated researchers that are cleverer than you, that dedicate their life to toiling over new research and attempting bold new approaches to Researching the biggest question known to man:
How to cure and prevent Cancer.

After all it kills more people than these days than ever before. With Cancer effecting 1 in 2 people, and soon to be everyone.

So what is the answer every year to the billions raised worldwide? More chemo? Really….?

The fact is that most new cancer drugs that are approved are done so even though they offer little, if any, real tangible life benefit.

The first study (published last year) looked at 62 new cancer drugs that were approved between 2003 and 2013, to see if they offered any additional benefit over the older drugs. The findings were disappointing. Less than half of them—only 43% —increased survival time by more than 3 months (and this is in relation to a non true ‘placebo,’ i.e. another highly toxic drug).

For 15%, the benefit was unknown

For 11%, the benefit was less than 3 months survival rate

and for a full 30% there was no increase in survival time over the old drugs at all.

What’s worse, is that even these improvements were sometimes based on indirect comparisons, or invalidated evidence, leading the researchers to conclude that “there may be reason to doubt that claims of efficacy reflect real-world effectiveness exactly.”

Another study last year showed that asked the same question was even more discouraging. It concluded that: “most [cancer] drugs entered the market without evidence of benefit on survival or quality of life.”

This systematic evaluation looked at 48 cancer drugs that were approved for 68 indications between 2009 and 2013.

Survival was significantly increased for only 35% of the indications.

Overall survival improved by a median of only 2.7 months. If the drugs didn’t help you live longer but improved quality of life for the time you had left, a case could still be made for the drugs.

But even this case is denied to conventional oncology. There was only improvement in quality of life for 10% of indications.

When the drugs were followed for a median of 5.4 years, there was a significant improvement in either survival or quality of life in only 51% of them. For only 38% of the approved indications was there an increase in survival time. And when there was a benefit to survival time, that benefit was clinically meaningful only 48% of the time.

The researchers conclude that there is “no conclusive evidence that these drugs either extended or improved life for most cancer indications. When there were survival gains over existing treatment options, or placebo, they were often marginal.”

The researchers of the second study also point out that claims of benefit of chemotherapy drugs, are often based on indirect or “surrogate” measures of effectiveness (these may be studies that measure things like tumour shrinkage, instead of survival time) that do not translate into improved survival time or quality of life.

In fact, of the 68 indications discussed in the study, survival time was the primary endpoint studied in only 26% of them. Improvements in surrogate measures were the basis of drugs being approved for the other 69% of indications (BMJ 2017;359:j4530).

A different kind of study (BMJ 2018;360:k668) compared the recommendations made by the National Comprehensive Cancer Network (NCNN) guidelines with FDA approved uses for new anticancer drugs. The NCCN publishes an important set of cancer guidelines that is widely used in clinical practice.

The question the researchers asked was, when the NCNN recommends anticancer uses beyond FDA approved uses (“off-label”), is the recommendation supported by evidence?

47 new drugs that were approved between 2011 and 2015 for adult hematologic or solid cancers were included in the study. FDA approved the 47 drugs for 69 indications; NCNN recommended them for 113 cancer indications. But, only 23% of the NCNN’s additional recommendations were based on randomized controlled studies, and just 16% were based on evidence from phase III studies.

This finding is important because off-label uses of anticancer drugs may account for as much 30-50% of all cancer care (Pharmacotherapy 2006;26:323-32; J Clin Oncol 2013;31:1134-9). Despite this prevalence, the authors say that their “findings raise concern that the NCCN justifies the coverage of costly, toxic cancer drugs based on weak evidence.” Exposing people to chemotherapy treatments that are recommended based on weak evidence is especially concerning because several of these dangerous treatments are contradicted and discredited by subsequent randomized controlled studies.

These important studies were published in leading medical journals. But swept under the carpet and covered over.

Together, they show that most chemotherapy drugs do not improve quality of life, or meaningfully increase survival time.

Most chemo drugs are not approved because they have been shown in double-blind studies to improve either of those two measures: the only two measures that matter. They have been approved because they improve some other measure, like tumour shrinkage, that, though it may sound good and give false hope to a desperate patient, has been shown to rarely lead to longer life.

If Cancer research was open and adaptable, then GcMAF would have replaced Chemotherapy years ago,

Please see this article where MD Simon Fermun lays out the ground work for an idea on how the medical impression could combine with Immunotherapy, to create far more effective cancer treatments. You can even combine Immunotherapy with chemotherapy to increase effectiveness.

“From all that I have seen and experienced over my medical lifetime, the most exciting break through’s have come from the alternative world. Treatments like Immunotherapy (GcMAF), Stem Cells, Ozone and medical Cannabis have made a vast difference to our patients health. Turning them back from illness.”

The research and evidence is there already.

Studies of the wrong cell lines

Millions of dollars in research money have been wasted on scientifically useless experiments, according to a report by the BBC in 2008. At the heart of the problem is the failure of many scientists to make sure that they are performing laboratory tests on the correct cell lines. For approximately £180 ($370) per sample, scientists can verify their cell lines — but this practice is still far from universal.
Back in 2008 researcher Chris Tselepis and colleagues discovered that a cell line known as TE7 was not, in fact, the variety of cancer that it had been widely assumed to be. The cell line had been used in major tests for 20 years before the discovery.

“I’m sure there’s many other laboratories U.K. and worldwide-based that essentially base lots of their conclusions on one cell line and in that case, this mistaken identity has a massive impact on conclusions that people draw from such studies,” Tselepis said.

Geoff Pilkington of the University of Portsmouth discovered that the supposedly human brain tumor cells his team was studying had been contaminated by rodent cells, and were scientifically worthless.

For this reason, many researchers are encouraging publications, foundations and governments to withhold publication, or grants, except for researchers who have verified their cell lines.

Some foundations, such as Cancer Research U.K., already enforce such regulations for their grants. But others, such as the Medical Research Council, the largest source of public medical research funding in the United Kingdom, have refused to do so.

“Cancer research is all but useless anyway,” added consumer health advocate Mike Adams, “because we already have the cures for cancer. Genuine cancer cures are already found in vitamin D, exercise and anti-cancer foods and herbs. But orthodox medicine refuses to acknowledge those cures, thereby denying tens of millions of cancer patients the answers they desperate need to reverse their cancer and live healthy lives.”

The fact is that when you are diagnosed with cancer, the shock and the trauma propel you into believing the words (which can be a direct death sentence) stating that you have only have a certain amount of time left and that you must have chemotherapy and radiation in order to prevent its spread, or at least to try something. Most of the time this is offered as the only hope you have.

Please, we urge you, do your own research and do not see this as final. There are alternatives and there are other ways.

We have been researching cancer independently for over 20 years and seen the immense benefit of Immunotherapy GcMAF, a good clean diet and medical marijuana …

We do the research, you decide 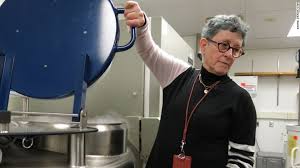