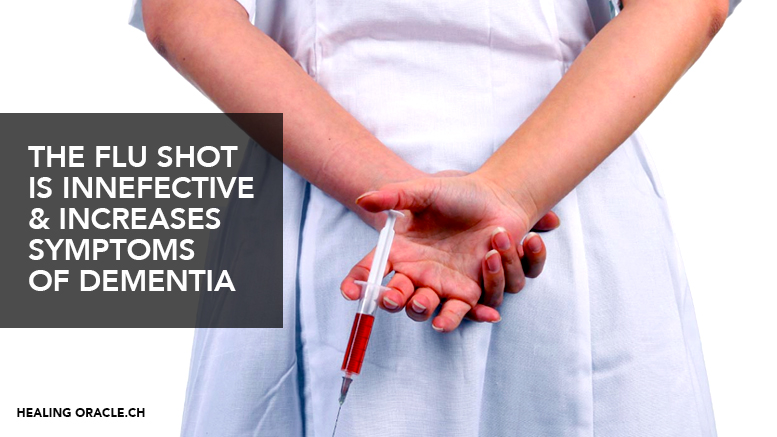 As the “flu season” hits once more, every year around this time, the Centers for Disease Control releases it’s data showing how effective the flu vaccine has been for the previous season and nearly every year, the numbers are more than disappointing.

This year’s flu vaccine “failed miserably” according to the CDC due to a current flu strain that showed up halfway through the season. What a surprise, the cells mutated and the strain changed.

If any other product was so ineffective it would be removed from production, or would not even make it past market testing. Why is it that vaccines are different and given such leeway?

Yet again, we ask what is wrong with honey and lemon in hot water?

Even Snoop Doggy Dog can tell you grandma had it right.

A good diet will increase the immune systems capabilities to fend off viruses and as ABC 7 reports, the CDC rated the flu vaccines effectiveness at just 9% against that strain and the overall effectiveness for the entire season at 29%.

And this is the case nearly every year. Despite this terrible track record of not working, the CDC continues to urge everyone to get the flu shot. Due to the flu virus’ ability to change so quickly, vaccine effectiveness usually averages around 40% and the flu vaccine has never been considered successful.

In spite of this fact, municipalities across the country enact laws to ban children and adults alike from schools, workplaces and public spaces, unless they receive the flu vaccine.

With children and the elderly most at risk due to a weaker immune system, that is not yet fully developed in children and is weakened by age and the slowing of the Thymus gland in the elderly.

Combine this with the sheer number of vaccines that are forced on children and there is no wonder that the mortality rate in the USA is in such sharp decline as opposed to other country’s like Japan that take a harder stance against such enforced medical intervention.

“Last night I stayed up to watch the federal flu vaccine science and innovation hearing on CSpan. It was absolutely terrifying. They spoke about how they needed to increase vaccination rates in specifically the 18-49 age range and pregnant women.

They spoke about creating a national information database so they can track who is vaccinated nationwide.

They called anti vaxxers cyber terrorists and said they were causing anarchy and needed to be stopped. They recommended banning anti vax information from social media and using all social media to promote vaccinations. When one of our representatives (only one….thank you Florida) mentioned the safety of vaccines and suggested finding out what group of people vaccines weren’t safe for, he was dismissed and ignored by everyone else. These are our federal representatives talking like this. People need to be scared. VERY SCARED!!! They’re coming after ALL of us (not just children) and taking our constitutional rights away.”

All this despite the fact we are seeing increases in Autism and Dementia, so studies prove that high levels of toxic ingredients like mercury, aborted fetal cells and cancer in vaccinations, alongside poor diets are to blame:

According to Natural News in 2015: “Dementia and other neurological brain diseases are striking people younger and younger, according to a study conducted by researchers from Bournemouth University in England and published in the journal Surgical Neurology International. These diseases have reached levels that are “almost epidemic,” the researchers said, and they reached them so quickly that environmental factors must be largely to blame.

“The rate of increase in such a short time suggests a silent or even a ‘hidden’ epidemic, in which environmental factors must play a major part, not just ageing,” lead researcher Colin Pritchard said. “Modern living produces multi-interactional environmental pollution but the changes in human morbidity, including neurological disease is remarkable and points to environmental influences.”

Death rates have more than doubled

The researchers compared the rates of neurological brain diseases in 21 Western countries from 1989 to 2010. They found that as of 2010, the average rate of onset for dementia was 10 years earlier than it was in 1989. In addition, deaths from neurological disease had increased significantly in people aged 55 to 74 and had nearly doubled in people aged 75 and older.

These changes were seen in all 21 countries, but the United States fared the worst by far. In the United States, neurological deaths in men older than 74 tripled from 1989 to 2010, and they increased nearly fivefold in women of the same age. More elderly U.S. women are now dying from brain diseases than from cancer for the first time in recorded history.

The researchers’ analysis showed that the findings could not simply be explained by improved treatment of other diseases.

And as TFTP reported earlier this year, Connecticut parents were told that if they cannot prove their child received the flu vaccine, they will not be allowed to return to school.

Lawmakers claim that the laws like these are necessary because every year in the US roughly 20,000 children under 5 are hospitalized because of the flu. But historically, the data shows that these numbers are largely skewed.

The CDC has been telling the public for nearly a decade that there are more than 200,000 estimated hospitalizations and 36,000 estimated deaths from influenza in the U.S. every year.

But these estimates count a lot of people hospitalized – not just with influenza but also with pneumonia, respiratory and circulatory illnesses – which they counted as probably associated with influenza.

What’s more is the fact that the flu shot is a crap shoot every year. It was no secret that like this year, last year’s vaccine was all but entirely ineffective.

Also, despite reassurance from government officials, the flu vaccine has been documented to cause harm.

As TFTP reported in December, Shane Morgan, like millions of other Americans was vaccinated against the flu virus in November. However, within 36 hours of receiving the shot, he began experiencing symptoms of the flu.

“About 36 hours after he got the flu shot he started to get sick,” said Mr. Morgan’s wife, Monique.

After staying in bed for a week at his house, Morgan did not improve. In fact, things got far worse and he had to be admitted to the emergency room ICU.

Morgan spent the next 3 weeks in the ICU, blinded and paralyzed. He is now home with his family but he is far from back to normal as he’s still partially blind and in a wheelchair.

Despite these reactions and an ineffective track record, governments continue to push for forced vaccinations.

On June 30, 2015, California governor Jerry Brown signed SB 277 effectively stripping the personal and religious belief exemptions for parents who choose not to vaccinate their children. The law went into effect in 2016 and required that all children entering daycare, kindergarten, or 7th grade to be vaccinated unless they have a medical exemption.

As TFTP reported in 2017, this law came to a head when police officers detained a mother to make sure she had vaccinated her son. Porsha Rasheed was simply walking her six-year-old son to the bus stop last year when she was approached by a Claremont police officer and a representative of the school district and harassed in an attempt to find out the vaccination status of her child.

In true Stasi-esque fashion, the officer and the school official approached Rasheed and demanded she show them her papers.

“I just want to know do you have the vaccine records or not?” said Philipe Levasen.

Rasheed then demanded to know who is asking her these questions and the man responds that he is Philipe Levasen.

“What is your position that you need to know this?” asks Rasheed.

“Ma’am, I’m the one who needs to know if you have had the vaccines with your son,” Levasen says.

The Free Thought Project checked with the Claremont Unified School District and there is no position with the title “one who needs to know if you have had the vaccines.”

Luckily, Rasheed flexed her rights and the state agents left. But these cases could become the norm as more and more states mandate vaccinations.

Whether or not you agree with a mother’s decision to not vaccinate their child is irrelevant. While there will likely be many folks cheering on the state in these situations, how you feel personally about vaccines should never lead to a loss of freedom. No person should be forced by government regulation or societal pressure to receive any medication or treatment, including vaccines, against his or her will—especially when the ones telling us to get them are also showing they are only 9% effective.

With the drug manufacturer cartel able to put whatever they want into the vaccines without much fear of repercussions.

We do the research, you decide. 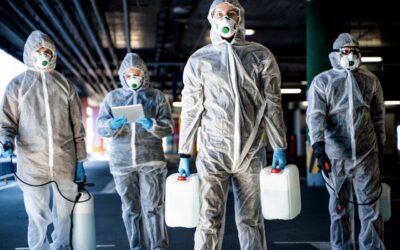 IS THE CORONAVIRUS, THE BIGGEST COVER UP IN HISTORY?

Marijuana is now A Game-Changing Treatment For Autism

SAY NO TO A VACCINE IN THE UK AND FACE JAIL AND FINANCIAL RUIN, SAYS NEW LAW