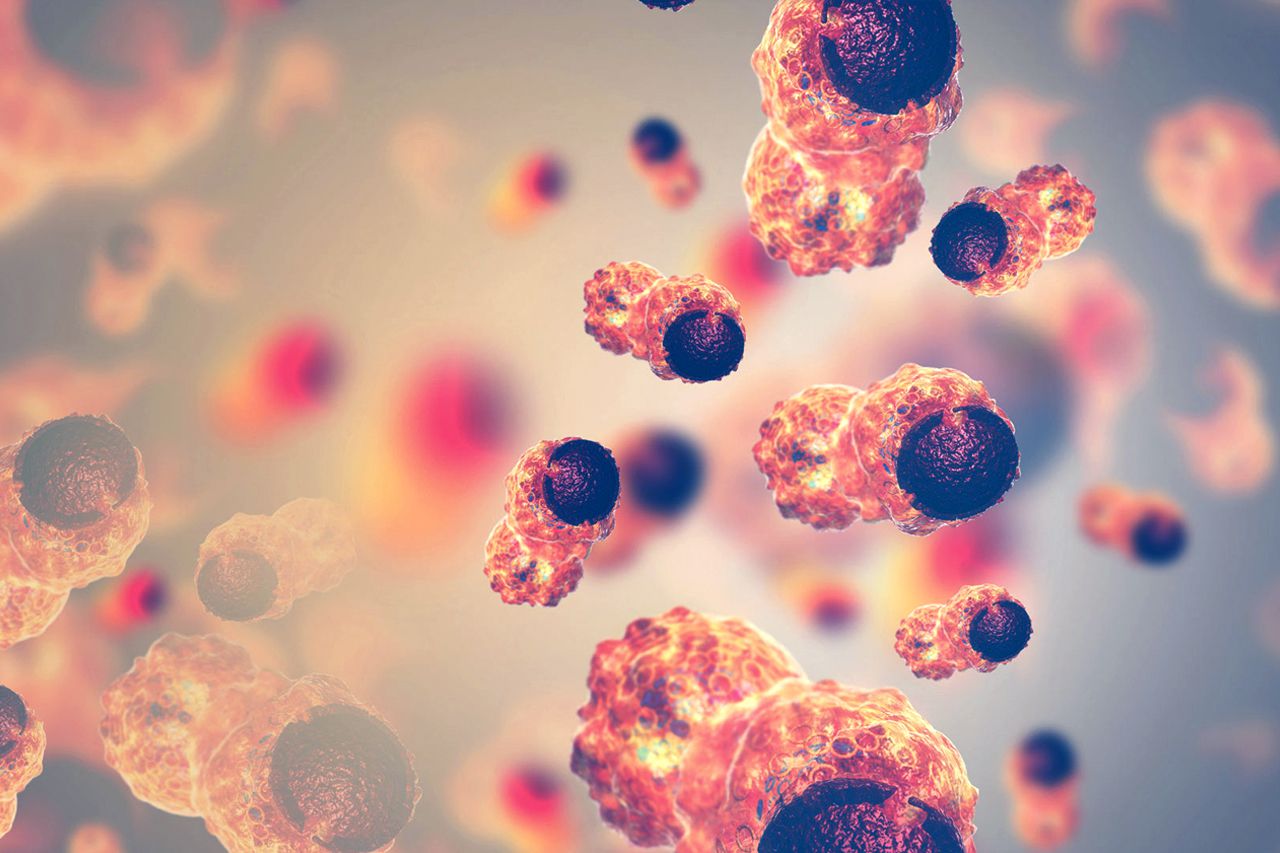 We can all be very proud of ourselves for helping in this fight, for following the updates, for trying GCMAF in the first place and then coming back and testifying to us all how effective this remarkable product really is. It’s down to social justice as well as media, that we can now reveal that the Government finally admits that GCMAF works!

The Trials are in

In  published trials and on top of others published over the last few years (see article), it can no longer be denied that GcMAF is what we need when we are sick.

It would seem the next move would be to manufacture it through mainstream medicine and we can only hope that one day this will happen. Imagine a time when it is readily available to everyone for free, from the NHS in the UK, to the Insurance listings and Hospitals all over the world? Cancer will decrease and many lives will be saved. This opens up that dream….

How does GcMaf work?

And watch this video captured in time lapse showing how activated GcMAF cells attack and eliminate viruses, bacteria and cancer:

The recently published article proves that doctors, hospitals and government bodies can no longer deny the existence or the effectiveness of GCMAF anymore. The trials are in and the results are in. Below are some exerts from the article:

Although these patients all suffered from advanced cancers, within a few weeks, their tumor volume had decreased by an average of 25%. While some clinical results were compared to chemo in tumor-shrinking power, OA- complexed GcMAF, along with some other types of OA- complexed proteins, destroys cancer cells without any ill effects on healthy cells.

One patient discussed in research is a 56-year-old man suffering from a recurrence of metastatic squamous cell carcinoma that was “successfully” treated with chemo and radiation. Because of his cancer’s location, GcMAF was administered by both a nebulizer and subcutaneous injections. Even after only 5 days of treatment, ultrasonography had shown that his tumors had shrunk by approximately one quarter. He also reported improvement in breathing, with ventilation in the apical right lobe improving.

Another patient was a 62-year-old woman with “extensive” breast cancer and no history of conventional treatment. Within one week, the diameter of the two main lymph metastases (the primary tumor was unable to be measured due to size) shrunk from 3.9 to 3.46cm.

While GcMAF has anti-proliferative, anti-metastatic abilities, oleic acid has its own anticancer properties and may assist in binding to cell membranes. Together, they are 200 times more potent than GcMAF alone in destroying cancer cells in vitro. They also increase levels of nitric oxide, which has anticancer as well as antihypertensive properties.

Other documented cases show similar results. For example, a 63-year-old woman with colon cancer that later spread to her lungs and liver experienced a reduction in her liver tumor from 13 to 6.6mL in only 2 weeks of treatment! This was once again achieved by alternating nebulization and injection of OA-GcMAF.

Another patient was a 43-year old-woman with metastatic breast cancer to the bone and liver. After 1 week of both inhaled OA-GcMAF and that injected into her breast, her primary tumor shrunk from 1.8 to 1.3 mL, which was considered representative of four other cases.

Some are less dramatic, such as that of a man in his 30\s who experienced a reduction in one of his melanoma metastases from 52.1 to 48.6mm.

Overall, the use of GcMAF as a safe treatment alternative looks promising despite frightening stories of opposition. However, more evidence, whether scientific or anecdotal, is needed for a definitive conclusion. This is partly because of the lack of instruction on how to produce anything resembling GcMAF at home (unlike the more well-known cannabis oil), which may either be unfeasible or undesired by those producing it. See links below to purchase or for further information.

Please see these articles of real life stories about how Genuine Immunotherapy Bulgarian GcMAF works for autism and even the rarest types of cancer.

Q: Does GcMaf work for HIV?
GcMaf has been very successful with HIV.
To sabotage the immune system and put macrophages to sleep, all viruses make Nagalase, the enzyme that blocks production of GcMAF. Without GcMAF (the protein that activates macrophages and jump-starts the entire immune response) HIV and other viruses can grow unimpeded. Nagalase puts the immune system to sleep. Dr. Nobuto Yamamoto demonstrated that GcMAF administration bypasses the Nagalase blockage and re-activates the macrophages, which then proceed to kill the HIV viruses and cure the infection.

Something to cheer about?

People infected with the Human Immunodeficiency Virus (HIV) have something to get excited about. They just don’t know it yet. In 2009 Dr. Nobuto Yamamoto published a landmark paper entitled: “Immunotherapy of HIV-Infected Patients With Gc Protein-Derived Macrophage Activating Factor (GcMAF)” in the Journal of Medical Virology in which he demonstrated that GcMAF cured 100% of nonanemic HIV infected patients. After seven years of followup, there were no recurrences. All patients maintained healthy CD+ counts. I am experiencing the very same with our patients at the clinic.

Of course, this is just one study. And it had the disadvantage of containing some complex molecular biological chemo-speak. If the reader weren’t familiar with Yamamoto’s decades of background research (all of which was published in journals that HIV researchers and patients wouldn’t be likely to read), this study would fall on deaf ears. But Professor Yamamoto’s HIV study was no quirk. Based on a quarter-century of solid research that predicted success long before the actual human trials, it presented all the science one would need to understand exactly why these HIV patients were cured.

Though this study was published in 2009, there has been no informed discussion on this topic, no further GcMAF research as a therapy for HIV, and no media chatter. It’s as if this study never happened. Why is this?

HIV—like all viruses—makes Nagalase, the enzyme that blocks GcMAF production. Without GcMAF, macrophages become indolent and the anti-viral immune response shuts down. This allows the HIV infection to spread. To remedy this situation, Dr. Yamamoto simply gave these patients GcMAF. This reactivated the sleeping macrophages, which then proceeded to phagocytize all of the viruses.

The precise molecular biological pathways and mechanisms involved with HIV, Nagalase, and GcMAF are identical to those for cancer cells, and need not be repeated here.

In his HIV study Yamamoto first showed that HIV patients had high Nagalase levels which correlated with their high HIV RNA levels (a way to measure the amount of HIV infection). Then, as he administered GcMAF (100 ng. once a week for 18 weeks), all patients’ Nagalase levels gradually went down to control levels, and, in tandem with the Nagalase, viral load went down to zero. Yamamoto wrote that these data “suggest that these patients were free of both HIV virions and HIV-infected cells.”

I personally have followed our patients for 3 years after taking the GcMaf protocols, we confirm that all 6 patients remain HIV free, we continue to follow the results until 10 years have been reached. GcMaf continue’s to prove the most effective protocol for HIV.

It’s fully formed and ready to float off, find a macrophage, lock onto its receptor, and then send a powerful message to the entire cell, telling it to stop watching reruns of Desperate Housewives and get to work beating up microbes and killing cancer cells. And, as you know, when GcMAF talks, macros listen.

How to inject GcMaf safely:

We do the Research, you decide 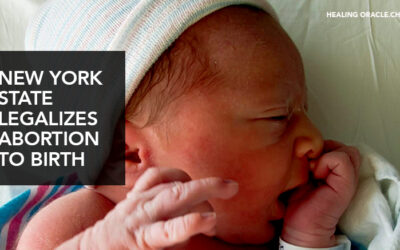 NEW YORK LEGISLATURE VOTES TO LEGALIZE ABORTION UP TO BIRTH

SHOW ME YOUR COVID QR CODE, OR YOU CANNOT PASS