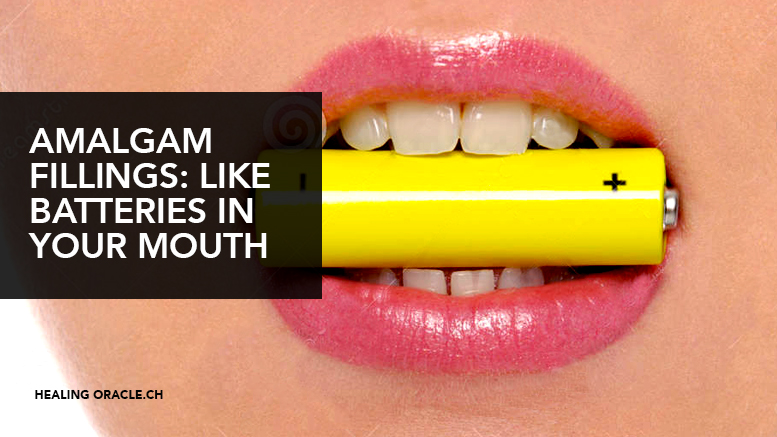 New research proves just how damaging mercury is to the brain. Root canals and fillings are routinely filled with this toxic substance, leaving mercury to run havoc in the bloodstream.

It has long been proven that conventional dentistry procedures involving the use of mercury, contribute to an increase in many disorders. Including: chronic fatigue, emotional instability, depression, birth defects, multiple sclerosis, Alzheimer’s disease, and many other degenerative diseases.

The cheapest dental material, silver (amalgam) filling is dangerous and life-threatening, because they contain the heavy metal mercury.

A dangerous heavy metal that is commonly used in light bulbs, batteries, and other electronics and is also an ingredient in many vaccines. As our society attempts to understand the nature and causes of the growing epidemic of autism, which is affecting far too many children and families, many are pointing the finger to mercury poisoning and toxicity as a likely culprit.

Many fillings contain as much as 54% mercury and they can remain there for decades. Many dentists and the World Health Organization have denied claims that point to the dangers of these fillings.

Dr. Hal Huggins who was the first to reveal the truth about amalgam fillings explained that even the slightest amount of mercury in the human body can be life-threatening. Much to the outrage of many of his colleagues who have been taught otherwise.

To explain his theory, he gave the example of an experiment that involved egg cells. When the egg cells came in contact with mercury, the cells failed to connect with the uterus, although the fertilization was effective.

Huggins claimed that the mercury in mercury fillings emit gases 24 hours a day, which can be the cause of many life-threatening diseases.

Huggins dedicated his life to providing free assistance to people who are poisoned with mercury from the amalgam fillings in their teeth. After publishing his study, and the truth about silver fillings came out, he was fired and subjugated to abuse, but remained loyal to his cause. He even attempted to warn the world of these dangers, stating:

“Remove the silver fillings, and heal yourself.”

Silver (amalgam) fillings were first used in 1800 in France, and dentists worldwide still use them today. Their production is cheap and cost-effective, and they are often used in people who have their dental treatments covered by insurance.

“ Modern-day scientists have been amassing evidence of mercury’s toxicity for decades, with a growing focus in recent years on the metal’s association with neurodevelopmental disorders, including autism spectrum disorder (ASD).

A new review article in the multidisciplinary journal Environmental Research pulls together a wide body of literature with the aim of summing up current research and emerging trends in mercury toxicology. Geir Bjørklund, the study’s lead author, is the founder of Norway’s non-profit Council for Nutritional and Environmental Medicine and has published prolifically on topics related to heavy metals, autoimmune disorders and ASD.” ~Robert F Kennedy Jr.

A study conducted at the University of Calgary looked at the effect that mercury has on brain neurons, photographing the effects and compiling a video of real-time results of mercury vs. your brain. In the study, entitled, How Mercury Causes Brain Degeneration, researchers looked at brain lesions in animals who had inhaled mercury vapor.

The study recorded video (shown below) of healthy snail brain cells growing. They then introduced mercury into the culture, which caused rapid degeneration of the snail brain cells, after just 20 minutes of direct exposure.

The results are quite startling, especially when you consider the ramifications on human health and the level of mercury in fillings and root canals. Combine this with the high levels of mercury in vaccines and you have a ticking time bomb of infections and cell degeneration, causing autism, cancer, dementia and death.

The results are seen in the video presentation below:

Also according to Bill Wolfe, DDS, NMD, the condition created in the mouth by fillings can literally create a battery in your mouth:

“Metals in the mouth can cause electrical toxicity issues within the human body. Electrogalvanism is frequently the cause of lack of concentration and memory, insomnia, psychological problems, tinnitus, vertigo, epilepsy. To name a few. ~ Edward Arana, D.D.S.

What are oral galvanic currents?

Galvanic currents (or electrogalvanism) exist when there are two or more different metals in the saltwater (elecrolyte) environment in your mouth, the same electrical generation process that produces electricity in car batteries. This measurable electricity coming from crowns and fillings can be considerable and have significant negative effects on the body — particularly the nervous system and brain-function.

Toxins in root canals build up and cause disease

Please also see this related article that shows how bacteria and other toxins also in most cases, build up in and around the root canal. These toxins are then set free into the blood stream, further depressing the immune functions and reeking havoc in the body, leading to disease and cancer.

So, there is light at the end of the tunnel, as there are ways of clearing heavy metals like Mercury from the body. Here’s some tips on the best ways to do this.

Number one: Have the mercury removed as soon as possible

The first thing is obviously to have the filling, or the root canal removed as soon as possible. We call this a “feed” and so the offending chunks of metal need to be eradicated to stop this constant feed of poison.

Use 6 drops of activated MMS as a mouth wash after every meal, for at least a week afterwards. A good dentist can also create a vaccine from the tooth to prevent infections.

Please also see this article on the advantages of stem cells which can even help you grow new teeth.

For any of  MD Simon Fermun’s patients for example, he recommends that they have the mercury removed from their mouths as soon as possible, as “this is so often the cause of so much damage and is often the major feed for cancer cases.”

Dr Celma says, there are a number of ways of clearing heavy metals like Mercury;

“EDTA Chelation, would be one of the first places to start, but this is only in a clinic environment, or at a hospital, as it is an Intravenous procedure. Other ways of dealing with Mercury at home, is to take Selenium, Flat Parsley juice and MSM.

Mercury also depletes Glutathione, so Liposmal Glutathione is recommended. As well as high dose Liposomal Vitamin C, You will need to have more Maagnesium in your diet, if you decide to increase your magnesium through supplements, then avoid the harmful Magnesium stearate and only take Magnesium Orotate.”

It’s the most easily absorbable form of magnesium and passes easily through the cells in your body, especially when compared with other types of magnesium.

“You will also need to take B12 and Folic Acid.

But it is important to say that we always consider the case of each patient individually and would only recommend a protocol after a full assessment and consultation. There is never a ‘one size fits all’ answer. It all depends on the patient, the condition and many other things.”

These latest findings on mercury simply compound what we have known for a long time and that is that Mercury is dangerous. Take care of your teeth, brush them regularly with natural toothpastes and avoid toxic toothpaste.
The dental industry is hiding in the dark and needs a total overhaul to protect people. But instead the wheels of this industry are fully established and turning. So we can’t see it changing any time soon. All we can do is be aware of the hidden dangers and

JUST SAY NO TO MERCURY