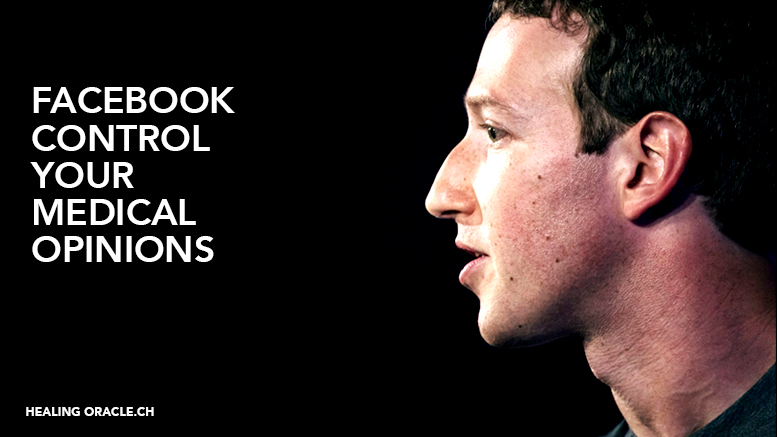 Recently Facebook have announced they would block all content on it’s platform that questions the official dogma on vaccines, which falsely insists they have never harmed anyone, contain only safe ingredients and that vaccines always work on everyone. None of which is scientifically true and as such, Mark Zuckerberg is able to control the lives and health of everyone on the planet.

It’s no wonder that Facebook were able to rise so quickly and so high. It has become the leading social media platform, originally a place where people could share their pictures and most intimate stories. It all started so seemingly innocently, but Facebook has become an incredibly powerful ally over the years in the minds of most. A trusted place, where their peers reside and share experiences and messages of support, there is great safety in numbers and a comfort in the group dynamic.

But lets not kid ourselves, Facebook has become a giant in not only the tech world, but more importantly in our communication and conscious world. It’s become a controller of mass perception. In control what you see and how you sit on any given subject. With such a strangle hold on public opinion, they can control how you feel by choosing what to promote on “your” timeline and “your” Newsfeed. All hidden within messages from old friends and family and reminders of whose birthday it is you would have forgotten.

It’s a dangerous time and one that many in literary history have predicted and of course this is our 1984 and it’s getting worse. By crushing opinions and labelling content as “Misinformation” or “fake” means Facebook, as the biggest News channel in the world can now control exactly what people think.

And most alarmingly this is the case in health. They can create an instant consensus via a tag and an algorithm, deciding what is “true” and what is “misinformation” when it comes to medical conditions, medical opinions, medical procedures and drugs. Its Big Pharma’s biggest weapon in the astronomical rise in vaccines and vaccine awareness. With kids going against their parents opinions and turning to strangers online.

People need to start understanding just because they share stuff with their friends on the platform, Facebook is not their trusted friend when it comes to anything other than the official line. The official line that of course controls the masses and makes the most money from them.

The same industry that controls what is “true” and what is “not true” now control how many shots you, or your child are now supposed to have and they can contain whatever toxins they decide and the testing is a sham and these vaccines are creating autism. The future of the planet looking like its going to become increasingly autistic. We fear for the future generations, with everyone’s DNA changing and mutating thanks to the DNA, fetal tissue and heavy metals in vaccines, that actually turn your own immune system against you.

But thanks to the totalitarian social media state, this goes against the chosen consensus, so is therefore one that is not shared by all and therefore is justifiable to ban. Why is there a specialist court simply created in order to deal with the lawsuits resulting from vaccines with some $4 billion dollars awarded so far, if there is not a likelihood one of them may cause harm and death to your child?

Why are there so many cases where judges have ruled against the safety of vaccines that no one knows about? Because by the push of a button all balance to the argument is destroyed and so he who can shout loudest wins. The vaccine industry has sway over your conscious mind via Facebook, the News Channels and the authorities in general.

The only option we have is to vote with our feet. Facebook is no longer a safe place for open opinions.

Please check out my (Amanda Mary) profile on MeWe and join up, as well as our Healing Oracle Group And our GCMaf group

8 out of 10 days on average I am banned from posting anything on Facebook. 2 out of 10 I am unblocked. I’m guessing this article will also get me blocked. So please share (on all channels)

We ourselves, have been targeted as a source of “misinformation” due to dirty tricks via dangerous trolls, to simply banning you altogether for stepping outside of the controlled and contrived money making dogma. With the worst of our crimes being the promotion of an apple seed and saying B17 MAY BE of a benefit, for which I received a 10-year prison sentence in my own country.

And now its coming to anyone that chooses to speak out against the mainstream. Please read the following extract from Natural News that sums this up very well:

Notably, tech giants are now banning vaccine truth information by labeling it “misinformation”… They simply invent a false category to justify the ban, all while crushing the free speech of users (and ultimately leading to the vaccine maiming of millions of innocent children). Under this twisted system of speech policing, they can ban any content they don’t like by simply labeling it “false” or “hateful,” even if it’s true and important.

Of course, “authoritative information” means whatever propaganda the vaccine deep state is pushing at the moment. The vaccine industry is steeped in conflicts of interest, whilst the CDC actually own many vaccines, making it an entirely corrupt industry worth over $30 billion annually.

citing “no rigorous safety studies” and warning about vaccine industry corruption of science. Their statement includes the following:

Yet Facebook, under pressure from radical, deranged Democrat Adam Schiff, has now been bullied into banning conversations about vaccines in order to appease the vaccine industry and cover up its crimes.

This is only the beginning: Facebook will soon ban human opinions on cancer, GMOs, pesticides, fluoride, abortion and politics

It’s no longer difficult to imagine Facebook banning all conversations about nutrition, citing the absurd FDA position that there is no such thing as a nutrient which can prevent, cure or treat any disease or health condition. That’s the actual “authoritative” FDA position, so by the same logic that Facebook has applied to the vaccine debate, they could simply ban all posts about vitamin D, vitamin D, resveratrol, astaxanthin or any other supplement.

Vaccines, are so dangerous that the U.S. government has now paid out nearly $4 billion in awards to families of vaccine-damaged children, yet any mention of those government statistics which are openly published by HHS (VAERS.HHS.gov) will be falsely labeled a “hoax” by Facebook, since the vaccine industry falsely insists that vaccines have never harmed anyone.

Thus, truth become a “hoax,” but lies become the “official truth.” Facebook becomes the Ministry of Truth (or more accurately, the Ministry of Lies), and all voices of truth and reason are silenced in the name of protecting corrupt, harmful industries that sacrifice children for profit.

This is what it has all come to now, which is why people are leaving Facebook in huge numbers.

Before long, Facebook won’t even allow any human opinions at all, and the “social media” site will be nothing but AI robots spewing official propaganda that meets the definition of “authoritative” information from the globalist establishment.

Many are moving to MeWe where it claims Your private life is #Not4SaleNo Ads. No Spyware. No BS.

Please check out my (Amanda Mary) profile on MeWe and join up, as well as our Healing Oracle Group And our GCMaf group

WHEN DID WEARING SOMETHING THAT STOPS YOU BREATHING BECOME A GOOD IDEA?