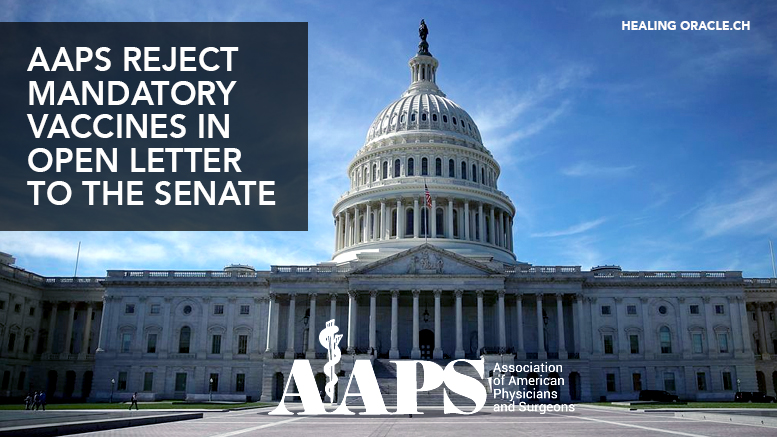 Next time someone says the evidence for mandatory vaccines is irrefutable, they might want to read the letter sent to the American Government from the group that represents American doctors.

It lists the reasons we need a level headed approach to the health of the nation:

“Vaccines are neither 100% safe nor 100% effective. Nor are they the only available means to control the spread of disease… AAPS believes that liberty rights are unalienable. Patients and parents have the right to refuse vaccination”

For, how can a doctor make a decision on a patient’s health before assessing them? Each person and circumstance is unique and must be taken into account. Tat is this the right approach to private patient consultations. Treatments and individual circumstances should govern the medication. Mandatory vaccines refute the fundamental right of the patient, as the AAPS put it:

“After being fully informed of the risks and benefits of a medical procedure, patients have the right to reject or accept that procedure”

That is how medicine must be administered, with all the full facts laid out in front of them. Then the patient is fully informed.

They state that mandatory vaccinations need reconsidering. It goes against doctors code of conduct and the patients rights.

The letter also cites conflicts of interest and biased research. According to Natural News:

The alleged “science” upon which the vaccination house of cards was, and is still being, built is fundamentally flawed at its very core.

Truth be told, there isn’t a single vaccine study out there – at least not one that the establishment has ever conducted or referenced in support of government vaccination programs – that’s ever compared a CDC-approved vaccine to an actual inert placebo.

Instead, the vaccine industry tests its vaccines against “controls” that contain all of the same chemicals and ingredients as the vaccines themselves, minus the viral and/or bacterial components that function as these vaccines’ active ingredients.

According to the AAPs (Association of American Physicians and Surgeons) stating that mandatory vaccines is not the job of Federal Law. Its unjustified at such a high level.

Please see below for the full letter:

To:  Oversight and Investigations Subcommittee, House Energy and Commerce Committee

The Association of American Physicians and Surgeons (AAPS) strongly opposes federal interference in medical decisions, including mandated vaccines. After being fully informed of the risks and benefits of a medical procedure, patients have the right to reject or accept that procedure. The regulation of medical practice is a state function, not a federal one. Governmental pre-emption of patients’ or parents’ decisions about accepting drugs or other medical interventions is a serious intrusion into individual liberty, autonomy, and parental decisions about child-rearing.

A public health threat is the rationale for the policy on mandatory vaccines. But how much of a threat is required to justify forcing people to accept government-imposed risks? Regulators may intervene to protect the public against a one-in-one million risk of a threat such as cancer from an involuntary exposure to a toxin, or-one-in 100,000 risk from a voluntary (e.g. occupational) exposure. What is the risk of death, cancer, or crippling complication from a vaccine? There are no rigorous safety studies of sufficient power to rule out a much higher risk of complications, even one in 10,000, for vaccines. Such studies would require an adequate number of subjects, a long duration (years, not days), an unvaccinated control group (“placebo” must be truly inactive such as saline, not the adjuvant or everything-but-the-intended-antigen), and consideration of all adverse health events (including neurodevelopment disorders).

Vaccines are necessarily risky, as recognized by the U.S. Supreme Court and by Congress. The Vaccine Injury Compensation Program has paid some $4 billion in damages, and high hurdles must be surmounted to collect compensation. The damage may be so devastating that most people would prefer restored function to a multimillion-dollar damage award.

The smallpox vaccine is so dangerous that you can’t get it now, despite the weaponization of smallpox. Rabies vaccine is given only after a suspected exposure or to high-risk persons such as veterinarians. The whole-cell pertussis vaccine was withdrawn from the U.S. market, a decade later than from the Japanese market, because of reports of severe permanent brain damage. The acellular vaccine that replaced it is evidently safer, though somewhat less effective.

The risk: benefit ratio varies with the frequency and severity of disease, vaccine safety, and individual patient factors. These must be evaluated by patient and physician, not imposed by a government agency.

Measles is the much-publicized threat used to push for mandates, and is probably the worst threat among the vaccine-preventable illnesses because it is so highly contagious. There are occasional outbreaks, generally starting with an infected individual coming from somewhere outside the U.S. The majority, but by no means all the people who catch the measles have not been vaccinated. Almost all make a full recovery, with robust, life-long immunity. The last measles death in the U.S. occurred in 2015, according to the Centers for Disease Control and Prevention (CDC)

Are potential measles complications including death in persons who cannot be vaccinated due to immune deficiency a justification for revoking the rights of all Americans and establishing a precedent for still greater restrictions on our right to give—or withhold—consent to medical interventions? Clearly not.

Many serious complications have followed MMR vaccination, and are listed in the manufacturers’ package insert, though a causal relationship may not have been proved. According to a 2012 report by the Cochrane Collaboration, “The design and reporting of safety outcomes in MMR vaccine studies, both pre- and post-marketing, are largely inadequate” (cited by the National Vaccine Information Center).

Mandate advocates often assert a need for a 95% immunization rate to achieve herd immunity. However, Mary Holland and Chase Zachary of NYU School of Law argue, in the Oregon Law Review, that because complete herd immunity and measles eradication are unachievable, the better goal is for herd effect and disease control. The best outcome would result, they argue, from informed consent, more open communication, and market-based approaches.

Even disregarding adverse vaccine effects, the results of near-universal vaccination have not been completely positive. Measles, when it does occur, is four to five times worse than in pre-vaccination times, according to Lancet Infectious Diseases, because of the changed age distribution: more adults, whose vaccine-based immunity waned, and more infants, who no longer receive passive immunity from their naturally immune mother to protect them during their most vulnerable period.

Measles is a vexing problem, and more complete, forced vaccination will likely not solve it. Better public health measures—earlier detection, contact tracing, and isolation; a more effective, safer vaccine; or an effective treatment are all needed. Meanwhile, those who choose not to vaccinate now might do so in an outbreak, or they can be isolated. Immunosuppressed patients might choose isolation in any event because vaccinated people can also possibly transmit measles even if not sick themselves.

Issues that Congress must consider:

AAPS believes that liberty rights are unalienable. Patients and parents have the right to refuse vaccination, although potentially contagious persons can be restricted in their movements (e.g. as with Ebola), as needed to protect others against a clear and present danger. Unvaccinated persons with no exposure to a disease and no evidence of a disease are not a clear or present danger.

AAPS represents thousands of physicians in all specialties nationwide. It was founded in 1943 to protect private medicine and the patient-physician relationship.

Is it right to force mandatory vaccines on the entire nation? 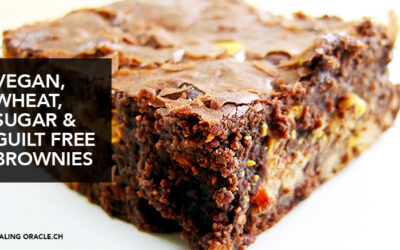 IS IT POSSIBLE TO OVERDOSE ON CBD OIL AND CANNABIS?

FUKUSHIMA IS AN ON-GOING GLOBAL RADIOLOGICAL CATASTROPHE & W.H.O. COVER UP