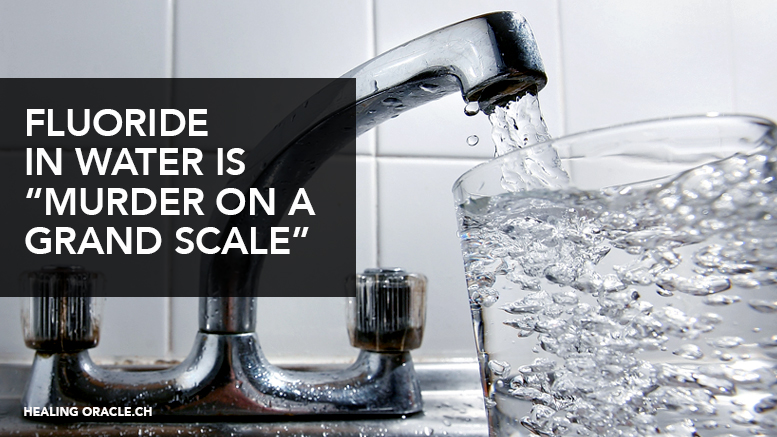 These are the words of Dr Dean Burk PHD at the National Cancer Institute back in the 1950’s. Whilst, The Lancet, in 2015 labelled fluoride a damaging neurotoxin alongside lead, arsenic and mercury.

There have been many protests in recent years to have Flouride removed from the water supply, as evidence from many scientific sources states, it is harmful. It seems that its been going on for so long, that it’s generally accepted, or is the very presence of Fluoride in the water supply effecting everyone so much that we actually don’t question it as much? Studies have actually shown that Flouride makes you think less, it makes you question less. By reducing the IQ of the population, there is less protest in general. So you can see why its attractive to governments and authorities.

Watch this rare video interview from the ’50s where Dr Burk makes his findings known.

Flouride is actually a by product of the manufacturing industry and as such, there is a lot of it. Where else do you dispose of it? Let’s be clear, Flouride is NOT an essential nutrition but an industrial waste by-product

Back in 2015, The Lancet, the most respected medical journal in the world, labelled fluoride as a neurotoxin alongside lead, arsenic and mercury. Author, Stefan Smyle, broke the news and explained by the Facebook page “Occupy Food,” which linked the published report from The Lancet Neurology, Volume 13, Issue 3, in March 2014, by authors Dr. Philip J. Landrigan and Dr. Phillippe Grandjean.

In the summarization of the report, a review examined and found five different neurotoxicants: polychlorinated biphenyls, arsenic, lead, toluene, and methylmercury.

ADHD, Dyslexia, and other cognitive impairments

In the report from The Lancet, the authors came up with a global prevention strategy stating, “Untested chemicals should not be presumed to be safe for brain development, and chemicals in existing use and all new chemicals must therefore be tested for developmental neurotoxicity.”

Included in the report, it was noted that neurodevelopment disabilities, including dyslexia, attention-deficit hyperactivity disorder, and many various cognitive impairments, are on the rise in millions of children around the world, in what is called a “pandemic of developmental neurotoxicity.” They further say: “To coordinate these efforts and to accelerate translation of science into prevention, we propose the urgent formation of a new international clearinghouse.”

The report correlates with the 2013 findings that was found in a Harvard University meta-analysis funded by the National Institutes of Health. It found that children who lived in highly fluoridated water have “significantly lower” IQ scores than children who live in areas with low levels of fluoride in their water supply.

Fluoride has been linked to various forms of cancer, and has been in our drinking water. It is different in comparison with the natural calcium fluoride, that is used in dental offices and in drinking water supplies.

Across all of North America, fluoride is in the water supply, but in Europe it is banned and is the case in many other countries. 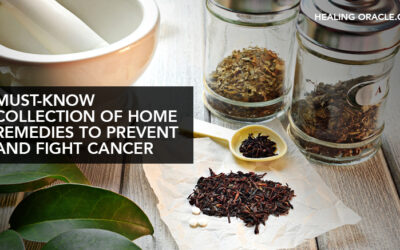 MUST-KNOW COLLECTION OF HOME REMEDIES TO PREVENT AND FIGHT CANCER

Public Health Justice For All