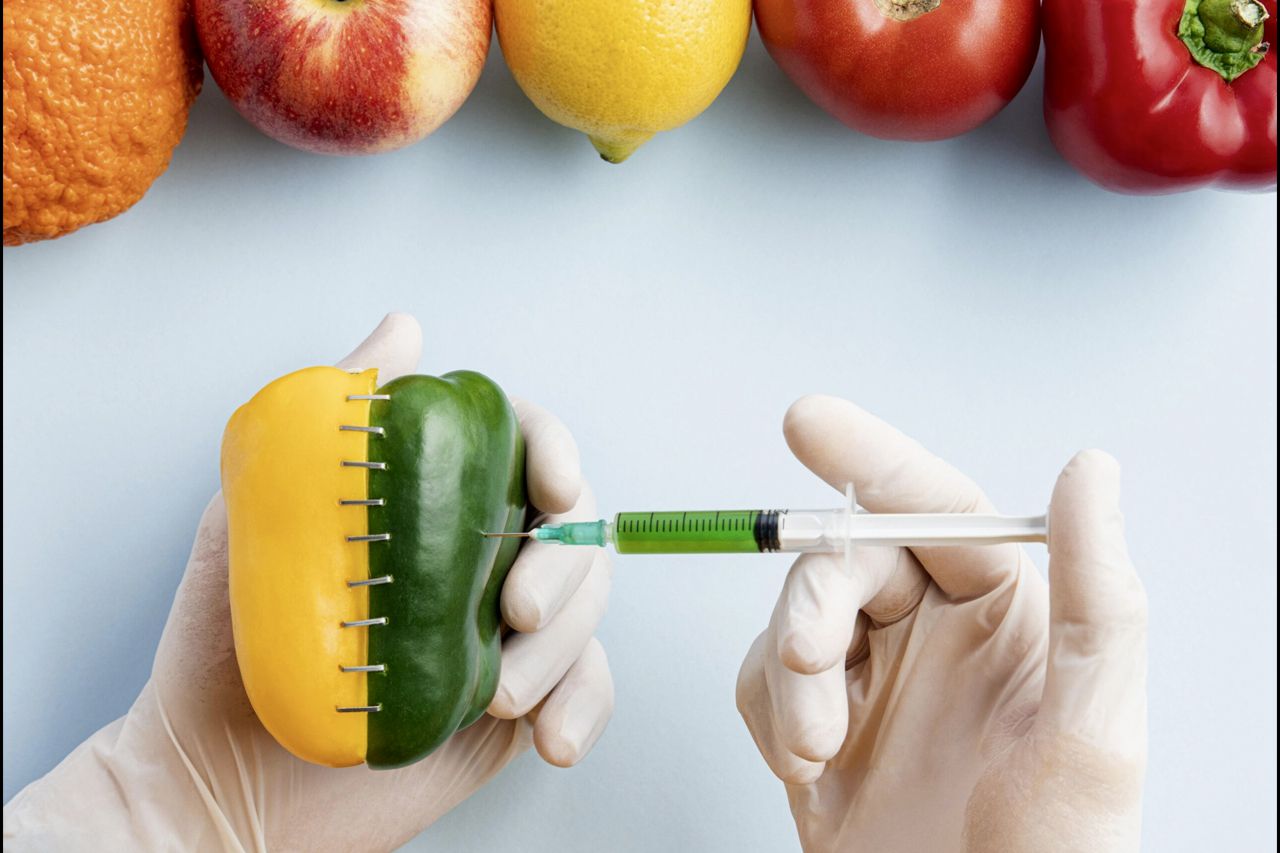 If you have ever been to Berlin, Germany in the late Fall, you know how miserably wet, cold, and windy it can be. The only real refuge from those elements is to be found indoors. But even then there can be events that drive you right back outdoors and into the elements. Such was the case with the Codex Committee on Nutrition and Foods for Special Dietary Uses (CCNFSDU), which was holding its 40th session during the week of November 26-30, 2018, in that city.

As most of you already know, the Codex Alimentarius Commission and its various committees spread throughout the World, establish food standards and guidelines after an eight-step process of consideration and debate that are then usually adopted by the Codex member states. The Codex Nutrition Committee is just one of the many committees that develop these food standards and guidelines. It is also one of the committees with the most controversial issues.

Biofortification
‘Biofortification’ is a method of increasing certain vitamin and mineral content of basic food crops by the time-honored, conventional way of cross-breeding and not through genetic engineering. Harvest Plus, the company behind biofortification, will for example increase the vitamin, or iron content of sweet potatoes, so that malnourished populations in developing nations will receive better nutrition. This is a very admirable goal, although I have argued at these meetings that perhaps it’s an unnecessary one if farmers would simply employ the proper farming techniques to prevent soil depletion and along with it the vitamin and mineral content of the foods grown in that soil.

For the last several years, the Codex Nutrition Committee has been crafting a definition for Biofortification. That definition would then be used uniformly around the World to apply to those foods conventionally fortified with higher levels of nutrients and everyone would be on the same page whenever the term “biofortified” was used. Indeed, the National Health Federation (NHF), a health-freedom organization accredited by Codex to participate in its meetings and the one whose delegation I led there, was an early supporter at Codex of this definition.

We have already gone through the sordid history, in detail, of how the draft definition of Biofortification had been infused with the disease of GMOs. I won’t repeat that history here. Just know that, now, the term Biofortification will have huge ramifications for the entire World. If the pro-GMO forces can succeed in continuing to hide their genetic-engineered foods within the definition of Biofortification and in using its appealing, natural-sounding name to sell their GMO foods, then consumers will be deceived on a worldwide scale.

The term “Biofortification,” at least within European countries, risks consumer confusion as to whether they are purchasing organic products or something else entirely. If Codex were to allow “any method of production” and “any source” to be part of the Biofortification definition, then Codex would be promoting marketing deception of the worst sort. Most consumers want GM foods labelled. In fact, consumer polls across the World have shown this to be true. In the United States alone, some 90% of consumers want such labelling and yet, here, the current, proposed definition will disguise GM foods under the term Biofortification. That is dishonest, disgraceful, and makes a mockery of Codex and its pretensions to credibility and transparency.

With the past and present Chairwomen’s help, the pro-GMO forces have so far been successful in manipulating the biofortification definition. And we are still living in the crater of that explosion that converted something good into something deliberately deceptive.

“The term ‘Biofortification,’ at least within european countries, risks consumer confusion as to whether they are purchasing organic products or something else entirely.” Scott C. Tips

New Leader, Same Story
So, as the Nutrition Committee was to edit once again the definition of Biofortification at this meeting, it was led by a new Chairwoman, Dr. Anja Brönstrup, a Policy Officer at the German Federal Ministry of Food and Agriculture (BMEL). Replacing Dr. Pia Noble, who had chaired last year’s meeting, Dr. Brönstrup had been the former head of the German Codex delegation. So, with such experience, we all had high hopes that she would be a more just and equitable chairwoman than the previous one, who had pretty much conducted her Codex meetings as if they were her own private fiefdom and without even a whiff of regard for whether she was following the Codex Procedural Manual.

She was aided greatly in her dictatorial approach by those country delegates who very desperately wanted to be sure that the “Biofortification” definition could serve as cover for GMO foods so that consumers could be tricked into eating them in blissful ignorance. Australia and New Zealand of course, as nearly always, led the pro-GMO pack, egged on by their corporate masters. Brazil, Nigeria, Costa Rica, Uganda, Ghana, Thailand, the Philippines, China, and the United States supported marketing deception as well.

On the other hand, doughty Nepal opposed the definition, calling it, among other things, exactly what it is: marketing deception. Revealing her own biases, the Chairwoman then quickly scrambled to do damage control, dismissing Nepal’s strong comments by claiming that a footnote allowing countries to include GMOs or not would address Nepal’s concerns. That made as much sense as claiming that because only some consumers would be deceived, we could still mislabel foods.

The European Union, Norway, Switzerland, Chile, Argentina, and India all opposed the GMO-inclusive definition, as did Russia, which sensibly stated its main concern was that if each member state could decide whether to include GMO foods within the definition, then this lack of a harmonized approach would lead to market confusion. Unfortunately, the very vocal Bangladesh delegate Dr. S.K. Roy had already left the meeting for the day, or else he would have lambasted the definition as well. All in all, there was significant opposition to the proposed definition.

Yet, Dr. Brönstrup ran the meeting with cool but soulless German efficiency, which in her case meant dispensing with, or else dismissing, the airing of any viewpoints that might in any possible way slow down her sprint to the finish line for each agenda item. With her allotting only 40 minutes for the delegates to discuss the Biofortification definition, this also meant that she did not call upon any of the INGOs that had signalled her that they wanted to speak. Only the sponsoring INGO, the International Food Policy Research Institute, which strangely enough opened the discussion on this topic, was able to speak out on the definition, and at length. Fortunately, NHF had submitted written comments stating its position against the proposed definition.2

“I am referring this definition back to the Codex Committee on Food Labelling,” the Chairwoman suddenly proclaimed at the end of the day, without giving NHF and other consumer organizations any chance to speak. With this peremptory proclamation that the GMO-inclusive definition would be sent to CCFL for its review and approval, I was furious (as were evidently the other ignored INGOs). But I was the only one to storm to the front table and condemn the Chairwoman face-to-face for having not only ignored NHF but the Codex Procedural Manual as well. It was not a pretty exchange. But I did make my point.

On to Ottawa!
So, the battleground for this definition shifts to Ottawa, Canada, where during the second full week of May 2019, the CCFL delegates will fight this renewed battle. Fortunately, the Final Report of the Nutrition Committee meeting, upon which the CCFL will necessarily rely, will not have the misleading impression that there was “broad support” for the GMO-inclusive definition.

Recall that the last day of every Codex meeting is reserved for the “reading” of the draft Report, which is invariably sterile, terse, and lacking in detail but constitutes the official minutes of what happened at that meeting. The Report’s sparse wording is therefore magnified in importance with almost every syllable fought over by delegates. Sadly enough, it often takes a full day to wade through the wording so that a Final Report can be generated.

This time, among other things, the Report had misleadingly mentioned that there was “broad support” for the Biofortification definition despite the fact that more countries had actually spoken out in opposition to the definition than had supported it! The European Union had doggedly but unsuccessfully attempted to remove that wording from the Report as the Chairwoman reinserted it over the EU’s objections. Finally, I was allowed to speak and pointed out to the Committee that there were 23 countries opposed to the definition (the EU counted for 17 countries at this meeting) and that it would therefore be absolutely dishonest and misleading to characterize the support as “broad” in the face of such opposition. After I spoke, the misleading phrase was stricken. The Final Report will now accurately reflect to the other Committee (CCFL) that there was great division among the delegates and not “broad support.” Wording is more important than it might seem.

Other Issues
The Nutrition Committee of course considered many other issues than just the Biofortification definition, including Follow-up Formula for older infants, Trans-Fatty-Acid-free claims, Nutrient Reference Values (NRVs) for older infants and young children, an NRV for EPA and DHA long-chain fatty acids, and a proposed harmonized Guideline for probiotic use in foods and dietary supplements. These, too, were all important topics and I spoke out on most of these issues as well.

The week-long debates over all of these issues revealed the ready biases and heavy-handed nature of the new Codex Chairwoman, which hopefully the more-seasoned and even-handed Codex Secretariat can somehow eliminate. We shall all see whether the Secretariat is successful before the next Nutrition Committee meeting later this year during the Thanksgiving week in Düsseldorf, Germany. Until then, auf wiedersehen!

Scott C Tips is the author of this article

Can You Vaporize CBD?