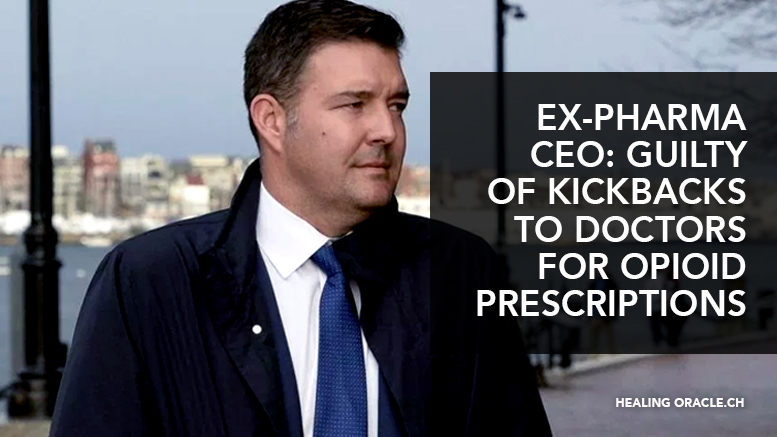 A move one top lawyer said is “one step toward the goal of cutting down the corrupt greed that’s “alive and well in the pharma business.”

Michael Babich, the former CEO at Insys Therapeutics, pleaded guilty in federal court in Boston on Wednesday for his role in a nationwide scheme to bribe physicians to prescribe the company’s oral-spray painkillers meant for cancer patients facing extreme pain.

“It is very important that companies like Insys be held responsible for corrupting the medical community, as well as endangering and sometimes killing innocent patients,” said attorney Mike Moore, who’s leading some efforts to sue pharmaceutical companies two decades after securing a massive settlement against tobacco companies.

Moore, the former Mississippi attorney general, added, “Greed is alive and well in the pharma business and must be weeded out.”

Sitting before a federal judge, Babich, 42, admitted he used Insys as a vehicle to bribe doctors into prescribing Subsys to patients who did not have cancer — a scheme that ended up lining his own pocket with $3.5 million more in profit, an amount he has agreed to give up. Those physicians would write Subsys prescriptions for no legitimate medical purpose, according to prosecutors.

Babich and the other officials disguised bribes and kickbacks in the form of speaking fees, the feds said, adding that Insys executives would punish those who didn’t write enough prescriptions.

Alec Burlakoff, a former sales vice president for Insys, pleaded guilty to racketeering conspiracy in November and agreed to cooperate with investigators. Babich, who faces up to 25 years behind bars, also will cooperate.

Boston Mayor Martin J. Walsh said, “Boston has reached a breaking point in the fight against the opioid epidemic. We have a public health crisis on our hands that has steadily gotten worse in recent years and even though we have been increasing access to critical treatments and supports, we can’t fight this alone. It’s time to hold accountable the companies that created and fostered this crisis and pursue remedies to stop its harmful marketing tactics.”