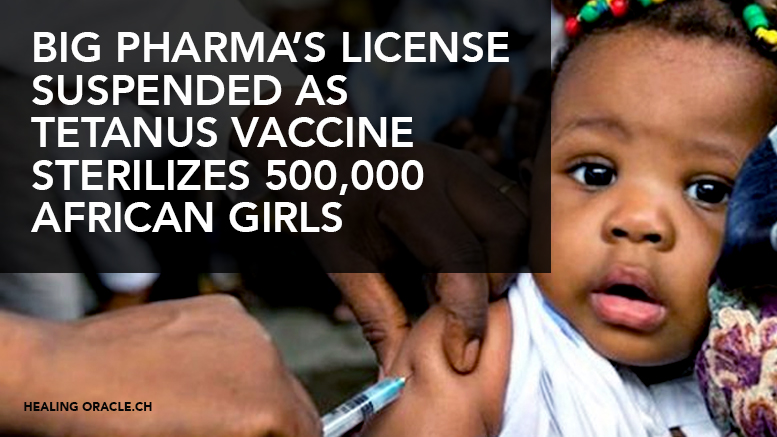 According to Kenya’s opposition leader, Raila Odinga, half-a-million young girls are now infertile following a tetanus vaccine administered by the government in 2014 and 2015.

Thefreethoughtproject.com reports: The controversy began coming to a head in 2016 when Agriq-Quest Ltd, a Nairobi-based pharmaceutical company got in a dispute with Kenya’s Ministry of Health over their tetanus and polio vaccinations. A group of Catholic doctors originally made the accusations claiming that the vaccines may contain a hormone that is dangerous to young women and can cause potential sterilization.Watch Odinga’s statement (start 1:19 in to avoid the wait)

“Odinga said girls and women aged between 14 and 49 from the fastest growing populations in the country will not have children, because of a state-sponsored sterilization exercise that was sold to the country as a tetanus vaccination.

The Catholic Church was ignored when it mounted a strong but lonely campaign against the mass tetanus vaccination, after it raised concerns about the safety of the vaccine that was being used,” he said.

At the time, the Catholic Church in Kenya claimed that the tetanus vaccine used by the government of Kenya and UN agencies was contaminated with a hormone (Anti HCG) that can cause miscarriages and render some women sterile.

“The Church’s position was informed by what had happened in Mexico, Nicaragua and Philippines, where the various governments together with WHO/UNICEF had conducted similar campaigns using tetanus toxoid impregnated with beta human chorionic gonadotropin (Anti HCG) that causes permanent infertility among girls and women,” Odinga continued.

As BDA reported, “The company’s results from tests carried out on the vials showed that the samples of the vaccines were contaminated as had been claimed by the Catholic Church and Agriq-Quest claimed the government wanted the results altered to show that they were fit to be administered to women and children.”

According to Odinga, as reported by APA, the government, for some mysterious reason, was hell-bent on misleading the country, while intentionally sterilizing Kenyan girls and women.

“The vaccines were a great crime committed against women. Women should choose when to have children and how to space them,” he said.

It is important to point out that the belief that tetanus vaccinations sterilizing citizens has been a long time controversy in Kenya and has been disproven prior to these claims.

Also, after the discussion came to a head, in spite of claims of tests showing contamination, UNICEF and the World Health Organization later said that the vaccines were safe and procured from a pre-qualified manufacturer.

However, according to Odinga, they accessed the analysis from four highly-regarded institutions, such as Agriq Quest Ltd, the Nairobi Hospital Laboratories, the University of Nairobi and Lancet Kenya.

Odinga says they confirmed through analysis of samples that the vaccines used were tainted with the hormone.

“Today, we can confirm to the country that the Catholic Church was right. Hundreds of thousands of our girls and women, aged between 14 and 49, from the fastest growing populations in the country will not have children, because of the state-sponsored sterilization that was sold to the country as tetanus vaccination,” he declared.

According to Business Daily Africa, when Agriq-Quest conducted the tests on the vaccines, they found the Catholic Church’s suspicions to be correct. 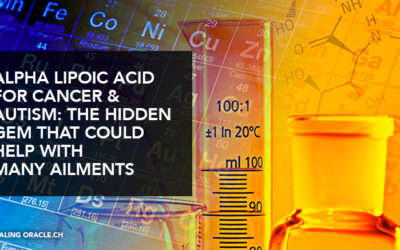 MANY AILMENTS COULD BE REVERSED, BE SURE TO CHECK YOUR ALPHA LIPOIC ACID LEVELS

If You Think Organic food is Expensive. LOOK at the price of CANCER. 1 in 2 people will get cancer its official!