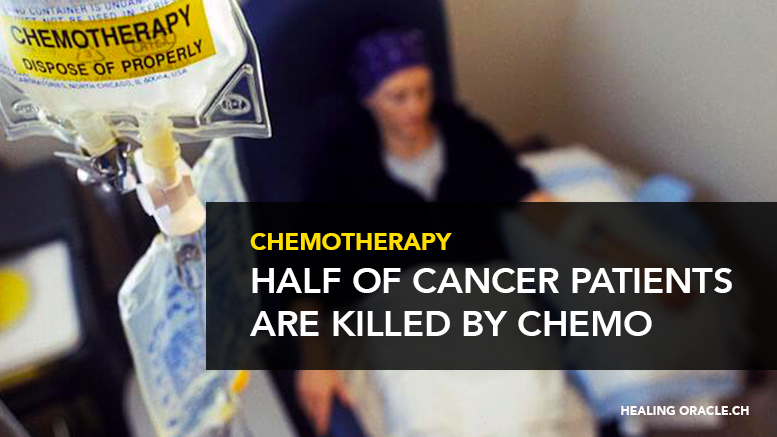 A Cancer Research UK study (March 2018) shows up to 50 percent of patients are killed by the drugs — not the disease, itself.

It’s worth reiterating as we at Healing Oracle hear about chemotherapy all the time. No matter how much doctors push the treatment, chemotherapy might not be the best option in the fight against cancer, as statistically you are better off doing nothing than having the toxic treatment.

March 2018:Researchers from Public Health England and Cancer Research UK performed a groundbreaking study examining (for the first time) the numbers of cancer patients who died within 30 days of beginning chemotherapy — was it indeed the treatment, not the cancer that was the cause of death?

Looking at the death rates in hospitals across the U.K., researchers found an alarming mortality rate associated with chemotherapy.

Across “England around 8.4 per cent of patients with lung cancer, and 2.4 per cent of breast cancer patients died within a month,” the Telegraph reported.

“But in some hospitals the figure was far higher. In Milton Keynes the death rate for lung cancer treatment was 50.9 per cent, although it was based on a very small number of patients.”

Alarmingly, the one-month mortality rate at Lancashire Teaching Hospitals for those undergoing palliative, rather than curative, chemotherapy for lung cancer was a full 28 percent. One in five breast cancer patients receiving palliative care at Cambridge University Hospital died from the treatment.

In certain areas — Blackpool, Coventry, Derby, South Tyneside, and Surrey and Sussex — deaths of lung cancer patients by chemotherapy were ‘far higher’ than the national average.

“Chemotherapy is a vital part of cancer treatment and is a large reason behind the improved survival rates over the last four decades.

“However, it is powerful medication with significant side effects and often getting the balance right on which patients to treat aggressively can be hard.

“Those hospitals whose death rates are outside the expected range have had the findings shared with them and we have asked them to review their practice and data.”

For the analysis, researchers “included all women with breast cancer and all men and women with lung cancer residing in England, who were 24 years or older and who started a cycle” of chemotherapy in 2014.

Long the mainstay for treating various cancers, chemotherapy has finally drawn criticism in recent years, as the medicine does not differentiate between healthy and cancerous cells. Now, this study — published in The Lancet — shows how chemotherapies powerful cell-destroying property can mean the demise for patients as well.

Researchers have advised physicians to exercise more caution in vetting which patients should ideally receive chemotherapy. Older and more infirm patients, in particular, might be better off without receiving palliative care, which is designed to offer relief instead of curing the disease.

“The statistics don’t suggest bad practice overall, but there are some outliers,” noted Professor David Dodwell of the Institute of Oncology at St. James Hospital in Leeds.

“It could be data problems, and figures skewed because of just a few deaths, but nevertheless it could also be down to problems with clinical practice,” he continued.

“I think it’s important to make patients aware that there are potentially life threatening downsides to chemotherapy. And doctors should be more careful about who they treat with chemotherapy.”

All hospitals involved said they reviewed the information and remain certain chemotherapy is safe — with the caveat patient selection for the treatment may need to be more discretionary.

“The concern is that with some of the patients dying within 30 days of being given chemo probably shouldn’t have been given the chemo. But how many? There is no easy way to answer that, but perhaps looking at those places/hospitals where the death rate was higher might help.

Furthermore, if we give less chemo then some patients will die because they didn’t get chemo. It’s a fine balance and the more data we have the better we can be at making sure we get the balance right.”

Chemotherapy is forced on US citizens

Meanwhile, doctors in the United States should probably take note, considering the sheer number of patients forced to undergo chemotherapy at the State’s request, despite objections from those patients and their families.

In one example, a 17-year-old diagnosed with Hodgkin lymphoma decided to seek alternatives to chemotherapy, but her doctors contacted family services, who then took the young adult away from her family home and placed her in foster care.

She was finally allowed to return home once she agreed to undergo the often debilitating treatment — but ran away once doctors informed her she’d have to endure surgery for the implantation of a chemo port. In an incredible act of Orwellian Big Government, the Supreme Court ruled the State was in the right and after being kidnapped and forced into treatment against her will, was denied contact with her own family.

As unfathomably invasive as that was, it isn’t isolated

Alternative treatments do, in fact, exist — the most promising among them for many cancers are various formulations of CBD oil, a cannabis derivative. But, thanks to the phenomenally failed war on drugs, cancer patients in most areas of the U.S. are unable to procure much needed medicine, or are forced to receive treatment on the sly — risking time behind bars simply for wanting to cure themselves.

Since the emergence of recent news of the growing acceptance of Cannabis oil by the World Health Organisation we can only hope that in the future countries will adopt a better understanding of medical marijuana and legalise it, much like Canada and the growing number of states in America.

The debate continues.
Please contact us if you require any further information on obtaining Cannabis oil and avoiding chemotherapy, or also any other serious health related questions please email: [email protected]

This article (Landmark Study Shows Half of Cancer Patients are Killed by Chemo — NOT Cancer) was originally created and published by The Free Thought Project and is re-posted here with permission. 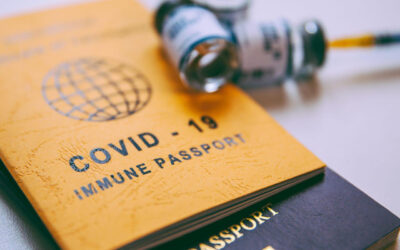 NEW STUDY SHOWS HOW STAYING INDOORS IS BAD FOR YOUR BRAIN﻿

HOW TO NATURALLY COMBAT PROSTATE CANCER