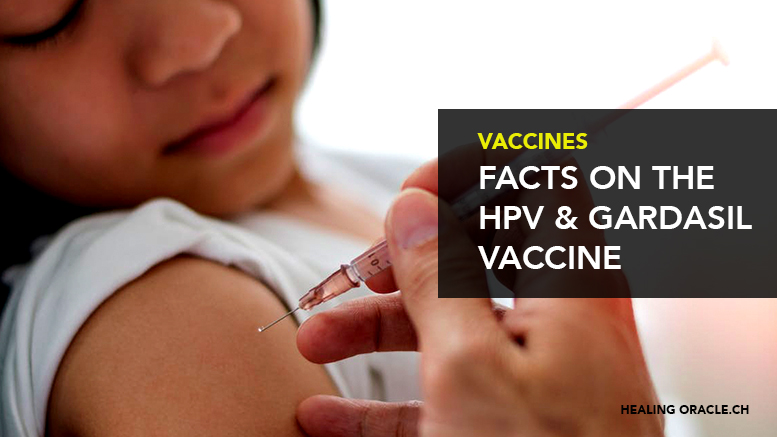 In March 2018, a three-part documentary called Sacrificial Virgins was honored with two awards at Brisbane, Australia’s Watchdog Film Festival – one for the being the festival’s best film and the other in recognition of its investigation “in search of truth and justice.” In short, writer, director and filmmaker Joan Shenton released this documentary in order to shed much-needed light on the growing global concerns around popular HPV vaccines’ safety: Gardasil and Cervarix.

“Joan Shenton’s documentary Sacrificial Virgins questions the safety of the HPV vaccine by illustrating that many individuals correlate the onset of a disability or the death of their daughter with the vaccine,” said festival founder and director James Hyams in a press release. “Shenton questions medical professionals about the methodology of the HPV clinical trials and develops a case that further scientific research needs to be conducted to alleviate growing concern about the risks and benefits of the HPV vaccine.”

Author and activist Catherine J. Frompovich believes Sacrificial Virgins is both a timely and necessary message. Especially in an era where pre-teen and teenage girls are targeted for receiving such vaccines. The documentary “adds to the growing list of undeniable documentaries detailing the disturbing life altering FACTUAL adverse events brought on by vaccines, which have not been properly tested—as in the case of one HPV vaccine, which added another type of aluminum adjuvant to the on-the-market-brand and which was not included in the Cervarix safety trial and data submitted for vaccine licensure, which is an apparent scientific and research fraudulent act.”

You can find the 3 parts of Sacrificial Virgins below:

Concerns over safety, security, and health make most people apprehensive about the future on some level. Guarding against future unknowns has become a big part of the American economy. You can get a warranty on almost anything with a battery, take out insurance on many more things than your grandparents would have dreamed of, and the medical industry is working around the clock to develop new drugs and vaccines to ‘protect’ us from whatever trending epidemic is in the news.

One fairly recent, major medical controversy that seemed, strangely, to have no trending epidemic, is the HPV vaccine for cervical cancer. The blatant profit-mongering behind the development of the premiere vaccine, Gardasil, was transparent enough that it served to further inflame the ongoing vaccination controversies to a point that the media could no longer fail to report on it.

The politics and profits involved in the medical industry, the pharmaceutical industry, and the media industry become more obvious and prevalent every day. Before taking any pharmaceutical product, you should take ownership of your own health. Conduct your own research on the ingredients and side-effects. Find out where your doctor gets his information. Many of them are paid to promote specific pharmaceutical products. Others simply get their information from sources they trust such as the Centers for Disease Control and Prevention (CDC) or the American Academy of Pediatrics (AAP). Still, others are told by their legal departments not to speak out.

31 Facts you probably don’t know about HPV and Gardasil

In August, the Health Ranger interviewed neurosurgeon Dr. Russell Blaylock, M.D. on tv.naturalnews.com. Dr. Blaylock shared some little known facts about the human papillomavirus (HPV) and the quick development of a vaccine to address it. Dr. Blaylock says the vaccine is “predicated on an absolute lie.”

Some empowering facts you may not know about the human papillomavirus and Gardasil:

2. Birth control pills and other hormonal drugs also increase the risk of HPV.

3. It has never been proven that the HPV vaccine prevents cervical cancer. There is no scientific evidence of any kind.

4. There are over 100 strains of HPV, only about 15 of which can contribute to cervical cancer.

5. HPV vaccines only include two to four strains, leaving you open to more than two-thirds of the dangerous strains. You will still need to get routine screenings for cervical cancer.

6. You don’t change or reduce the incidence of cancer by receiving the vaccine. Studies show that the human immune system develops resistance to the strains given in the vaccine, allowing others to become predominant.

7. The CDC website states that the human body’s immune system clears HPV within two years, 90 percent of the time (70 percent in one year). Without the vaccine.

8. One of the most powerful connections proven to increase the risk of cervical cancer is smoking. Women who smoke have 2.3 times higher incidence of the precancerous lesions that lead to cervical cancer.

9. Diet is key. A poor diet increases risk while a diet that includes high amounts of vitamin B12 and folic acid have a 79 percent reduction in HPV infections and cervical cancer. Vitamin C, curcumin, quercetin, and other flavonoids are powerful inhibitors against cervical cancer.

10. Dietary combinations have been proven to have far greater effect against HPV than any vaccine.

11. All the marketing assertions are false. It is one of the largest, most harmful medical hoaxes of our time.

12. Officially, the vaccine has been associated with approximately 100 deaths, and 500 have been left permanently disabled.

13. Those numbers are based on voluntary reporting, which historically means only two to ten percent of cases are represented. The vast majority of cases are never reported. So, conservatively, 5,000 young girls and women have been harmed by the vaccine.

15. The number of girls and women that experience serious complications from the vaccine meets or exceeds the number of deaths.

16. Side-effects include: Multiple sclerosis, encephalitis, blindness, pericarditis, coma, and death among many others.

17. The vaccine Gardasil was “fast tracked.” This was illegal. The FDA requires new vaccines to undergo testing and a waiting period of 4 years. Gardasil was developed and on the market in 6 months, with FDA approval.

18. Texas governor Rick Perry tried to force all girls in Texas entering the sixth grade to receive the vaccine in 2007, despite the fact that the incubation period for HPV averages 20 years with the median age of sufferers being 48. He mandated it over the legislature’s objections.

19. People thought they were required to receive the vaccine, but that too was untrue as it wasn’t an actual law.

20. Perry received huge amounts of money from the manufacturer.

21. Perry’s former chief of staff became a hired lobbyist for Merck, the maker of Gardasil in 2009, exposing the connection to the pharmaceutical giant, and the motivation for pushing the vaccine.

22. The Texas Legislature overturned Perry’s executive order requiring girls to get the vaccine due to the huge backlash from the public. However, the precedent had been set, and other states and countries began to follow suit.

24. HPV vaccines have been illegally administered to millions without informed consent as the risks are rarely disclose

25. What people don’t know is that there are Informed Consent laws that are there to protect patients. They provide a legal strategy for people who have experienced vaccine damage.

26. Vaccine manufacturers do not want doctors to discuss and disclose the risks associated with vaccines because they don’t want people to realize they can opt out. This has been documented in multiple medical journals. Yet it is illegal for doctors NOT to disclose the risks.

27. The vaccine was only tested on 21,000 girls and women before being pushed on millions of children, teens, and adults worldwide, according to the FDA website.

28. The FDA website has no mention that the vaccine was ever tested on males, yet the CDC says the vaccine is “recommended for all teen boys and men through age 21.”

29. The Informed Consent laws also address questions about the efficacy of vaccines. Meaning you have a right to ask questions and receive answers about how well it works, why you should allow it to be administered, as well as the risks.

30. Vaccine manufacturers have gone to the legislature(s) to get a law passed that you cannot sue over vaccine complications.

31. In 2015 Dr. Lee officially recommended no physical activity or sports for at least 2 months after receiving Gardasil because of the very high chance of cardiac arrest.

After learning the ins and out of the underhanded and unethical practices involved in bringing this vaccine to market, people should wonder why and how medical professionals and legislators continue to go along with promoting it unquestioningly. If this were a financial situation, there would be enough evidence to bring charges against manufacturers, the legislators, and the CDC. The vaccine industry regularly operates in criminal practices. They violate marketing laws with false statements and exaggerated extrapolations/over simplification of the facts; they doctor their statistical numbers, and present their marketing as science. Gardasil was being tested before it was licensed. They have yet to offer a plausible explanation as to why girls aged 9-12 need a vaccine for a sexually transmitted disease, much less one that only offers two years of “protection.”

You have to question who is making the decisions to allow the shortcuts that have resulted in so many deaths and disabilities. Are these the same “powers that be” that are disseminating the information to your doctor that it is safe and recommended for your daughter?

Sources for this article include:

Should you have any related questions, feel free to email [email protected] 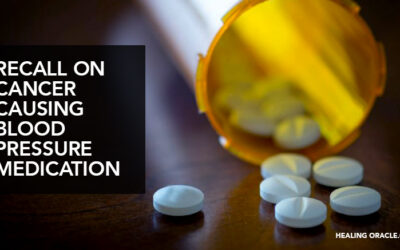 THE INTRODUCTION OF 5G, DIGITAL MICROCHIPS AND ENFORCED VACCINES ARE NOW GOING UNCHALLENGED THANKS TO THE CORONAVIRUS