Tweet1
Pin
Share164
WhatsApp
Reddit
165 Shares
76 doctors charged for their roles in prescribing and distributing opioids
Attorney General Jeff Sessions has announced the largest ever health care fraud enforcement action involving the 165 Big Pharma executives and medical professionals for their alleged participation in a $2 billion fraud scheme. Of the 162 defendants charged, there are 76 doctors charged for their roles in prescribing and distributing opioids and other dangerous narcotics for profit. “This is the most fraud, the most defendants and the most doctors ever charged in a single operation — and we have evidence that our ongoing work has stopped or prevented billions of dollars’ worth of fraud,” said Attorney General Sessions.
According to beckersasc:
1. The defendants are accused of taking part in schemes to submit claims to Medicare, Medicaid, TRICARE and private insurance companies for medically unnecessary treatments or ones that were never provided.
2. Of the 162 defendants charged for their roles in prescribing and distributing opioids and other narcotics, 76 were physicians.
3. Attorney General Jeff Sessions and HHS Secretary Alex M. Azar III announced the charges June 28. It was the largest healthcare fraud enforcement action in American history, which Mr. Azar referred to as “Takedown Day” in the news release.
4. Since July 2017, HHS has excluded 2,700 individuals from participation in Medicare, Medicaid and all other federal healthcare programs. The agency excluded 587 providers for opioid diversion and abuse.

The charges announced today aggressively target schemes billing Medicare, Medicaid, TRICARE (a health insurance program for members and veterans of the armed forces and their families), and private insurance companies for medically unnecessary prescription drugs and compounded medications that often were never even purchased and/or distributed to beneficiaries.
The charges also involve individuals contributing to the opioid epidemic, with a particular focus on medical professionals involved in the unlawful distribution of opioids and other prescription narcotics, a particular focus for the Department. According to the CDC, approximately 115 Americans die every day of an opioid-related overdose. US President Donald Trump recently called for the death penalty of drug dealers on Monday as part of a massive opioids policy rollout that will target the growing epidemic amongst young people. A Trump administration official said on Sunday that president’s plan to tackle the opioid epidemic head-on as part of the nationwide campaign will be announced in New Hampshire on Monday. 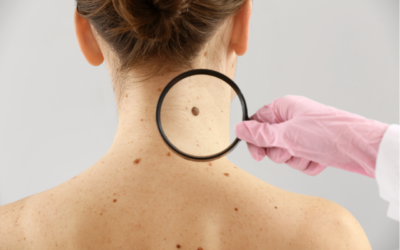 PEACEFUL PROTEST IN AMSTERDAM LEADS TO RESIDENTS BEING DEPORTED