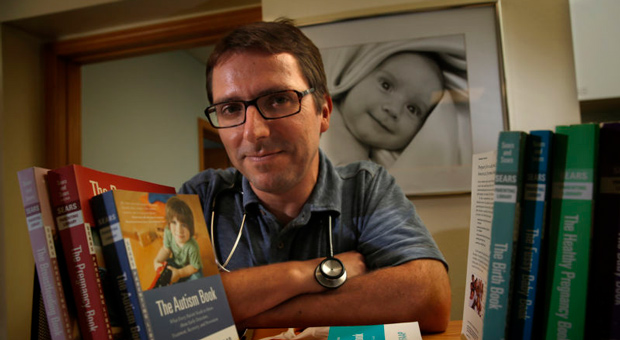 The California Medical Board struck off Dr. Bob Sears over his views on vaccination

A leading Californian doctor has had his medical license suspended after he agreed with a child’s parents that their 2-year-old son SHOULD NOT be vaccinated. Dr. Bob Sears is well known for his anti-vaccine views, but the much-loved paediatrician has now been struck-off by the California Medical Board after recommending that a young boy should be excused from childhood vaccines due to health risks. The Medical Board of California placed the leading expert vaccine sceptic on probation, accusing him of gross negligence, despite the child’s history of negative reactions to the drugs.

The Orange County paediatrician, who wrote “The Vaccine Book,” has been placed on a 35-month probation, The Los Angeles Times reported on Friday 13th July 2018.

Sears wrote a doctor’s note excusing a 2-year-old boy from having to receive any of his childhood vaccinations without first obtaining any medical information about the child, the board said in a court filing reported by the Times. Sears claimed that he listened to the child’s mother on her son’s symptoms. The court filing said she claimed her son had lost urinary function and went limp after previous immunizations. “Isn’t it my job to listen to my patients and believe what a parent says happened to her baby?”

Isn’t that what all doctors do with their patients?” Sears wrote in a Facebook post on Friday. “After all, I don’t want a child to receive a medical treatment that could cause more harm. “I am going to first do no harm, every time.”

California Gov. Jerry Brown (D) signed a bill in 2015 after an outbreak of measles at Disneyland that implemented a strict vaccination requirement in the state. The law phased out exemptions for people who cited personal or religious beliefs.

Sears is one of more than 50 other physicians who is accused of improperly exempting people from having vaccinations since the law went into effect, the Times reported.

Half of the cases are still pending and half were closed without any disciplinary action taken against the doctor.

Sears will be allowed to continue practicing medicine while on probation, but he is required to take 40 hours of medical education courses, the newspaper reported. He also has to take an ethics class and notify the hospitals and health centres where he practices of his probation.

The physician was at risk of permanent revocation of his medical license. Catherine Martin, of the pro-vaccine California Immunization Coalition, told the newspaper that she hopes Sears’s probation will make physicians thoroughly examine a patient’s medical history before writing an exemption.

I hope it gives them pause and helps them understand that this is not acceptable,” Martin said. “I think it’s a sign that the medical board takes these infractions seriously.

Support for vaccinations has fallen in the United States, but 70 percent of Americans still believe that they are “very important,” according to a May poll. So striking off doctors for listening to their patients is part of maintaining the sway of public opinion.