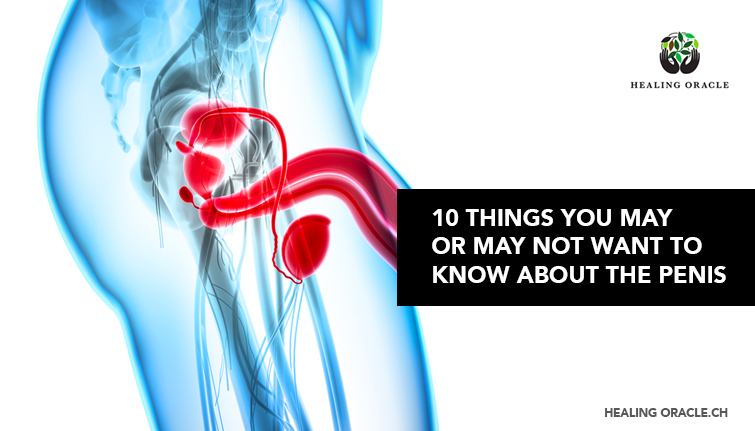 Although many  men are relatively familiar with the penis and its antics, there’s more to our appendage than meets the eye. In this feature, we discuss 10 interesting things that you probably didn’t know about your genitals.

The first year in medical school we are taught that the penis is an organ, if you don’t use an organ you will lose it           infact prostate cancer has been linked to lack of use it or lose it

Whatever you happen to call it — todger, captain, wang, willy, or dangler — the penis is a seriously odd-looking bit of kit. But beyond the japes and sniggers, it is, of course, vital to the survival of our species.

When you consider the penis as an evolutionary adaptation, it has done remarkably well.

We can all say without too much doubt that our father’s penis worked, as did our grandfather’s, and his father’s, and so on, right back through successive generations until we reach far beyond the birth of humanity.

The penis is ancient. Just in case you were wondering, the oldest known penis dates back 425 million years, and its fossilized remains belong to an arthropod dubbed Colymbosathon ecplecticos, which means “amazing swimmer with a large penis” in Greek.

It’s worth reflecting on its role in our species’ survival next time you are surprised by how easily your penis is “activated.” As far as reproduction is concerned, a false arousal is better than a missed opportunity.

As the author Mokokoma Mokhonoana once wrote, “Even the world’s greatest actor cannot fake an erection.” This leads us on to the first penis fact of the day.

Penises are born ready. It is common for babies to exit the womb with an erection. Even before the moment of birth, ultrasound scans sometimes show a fetus with a fully formed erection.

According to a study from 1991, fetal erections occur most commonly during random eye movement (REM) sleep. And, they can happen a number of times each hour. No one is quite sure why, but it might just be our body’s way of testing things out and keeping them running correctly.

2. Your penis is twice as long as you think

A lot of men might take solace in this fact: our penises are longer than they look. In fact, around half of its entire length is housed inside of our bodies. 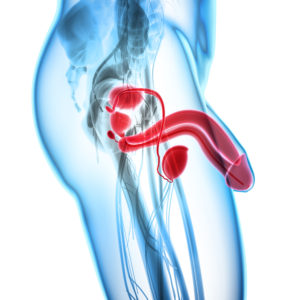 An internal view of the male genitalia.

You might be thinking, “Well, it’s no good to me up there,” but it needs to remain connected to the rest of your anatomy, so it’s probably best that it stays put.

As you can see from the diagram here, the mass of pink erectile tissue — which comprises the so grandly named corpus cavernosum and corpus spongiosum — extends well into the pelvic region, forming a sort of boomerang shape.

I wouldn’t use any of the above as a pick-up line, though.

Let’s lay this one to rest, shall we? According to a study published in the journal BJU International, there is no correlation between shoe size and penis length.

Although an older study — which was published in 1993 — did find that penile length was related to both height and foot length, it was a weak relationship, and the authors concluded, “Height and foot size would not serve as practical estimators of penis length.”

Also, the International Journal of Impotence Research published an Iranian study looking at other correlations. They concluded that “penile dimensions are significantly correlated with age, height, and index finger length,” but not foot size.

Most men have 3–5 erections every single night — mostly during REM sleep, as with the in utero boys.

Morning wood isn’t as poetic as it sounds.

Also called nocturnal penile tumescence, it’s still not clear why it happens. However, one theory is that it might help to prevent bed-wetting; an erection inhibits urination.

A full bladder is known to stimulate nerves in a similar region to those involved in erections. But because females experience something similar — nocturnal clitoral tumescence — bed-wetting prevention is probably not the entire answer.

Another potential explanation is that REM sleep is linked with switching off cells that produce noradrenaline in the locus coeruleus, which is in the brainstem. These cells inhibit the tone of the penis. So, by reducing the inhibition, the penis becomes erect.

Whatever the reason behind nocturnal erections, they can be useful as a diagnostic tool. If a man has difficulty achieving an erection when awake but becomes erect when he sleeps, it is an indication that there is a psychological issue, rather than a physical one.

However, if he does not get erections during sleep, the issue may be physical.

So, we’ve established that we can get erections in the womb and during sleep, but this is perhaps even more surprising: the death erection. Also called angel lust or terminal erection, it happens in the moments after death.

Most commonly, it occurs in men who have died from hanging; scientists believe that it may be due to pressure from the noose on the cerebellum. However, it has also been reported following death by a gunshot wound to the head, damage to major blood vessels, and poisoning.

6. You can break your penis

As I’m sure you are aware, there is no bone in your penis, which is fairly unusual for mammals. However, it is still possible to break your penis. It most commonly occurs during vigorous sex, although it has been documented to happen to men who fell out of bed with an erection.

Penile fracture, as it is known, is actually the rupture of the fibrous covering of the corpora cavernosa, which is the tissue that becomes erect when engorged with blood.

The moment of fracture is accompanied by a popping or cracking sound, intense pain, swelling, and — unsurprisingly — flaccidity.

Thankfully, it doesn’t happen very often and, if it is treated swiftly, full function can be restored. As a note of caution, if this happens to you, don’t let embarrassment get the better of you. Go and get it sorted as soon as possible.

In a study that investigated 42 cases of penile fracture, the most “dangerous” position was defined as “woman on top.”

Most men have very little control over exactly when they ejaculate. This is partly because it does not involve the brain. The signal to ejaculate comes from the spinal ejaculation generator. This region in the spinal cord coordinates the necessary functions.

Of course, the higher brain does have some input into these matters — thinking about something else is a well-known way to delay the event, for instance — but the nuts and bolts of the whole operation are dealt with in your spine.

8. The angle of the dangle

A man’s erection can point in virtually any direction. Straight ahead, left or right, up or down, there’s no right or wrong.

There is no such thing as a unique angle.

The following data come from a study that measured the erections of 1,565 men.

In the figures below, if the penis pointed directly up, it was measured as 0 degrees, and if it was forward-pointing (horizontal), it would be 90 degrees:

So, if you’ve ever been concerned that your chap is a bit skew-whiff, don’t worry — you’re normal. While we’re on the topic of “normality,” very few penises are straight; they can curve in any direction. A curve of up to 30 degrees is still considered normal.

A study on 274 men demonstrated that there is no correlation between the length of a flaccid penis and its erect size. Some start small and end up large (a grower), while some are large when flaccid and only grow a little when erect (a show-er).

Some are even small whatever state they are in, and some are large when flaccid and get much larger. It’s a mixed bag.

This doesn’t hold much relevance outside of the locker room, but I guess it’s good to know anyway.

If this little list has tickled your fancy, your next move might be to plan a trip to Iceland and visit the Icelandic Phallological Museum. It is dedicated to all things penile; it was started up by Sigurður Hjartarson after being given a bull’s penis as a boy.

According to Hjartarson, “Collecting penises is like collecting anything. You can never stop, you can never catch up, you can always get a new one, a better one.”

Or, if you want to go one step further, you can visit the Guolizhuang Restaurant in Beijing, China, which specializes in penis and testicle dishes. It’s up to you.