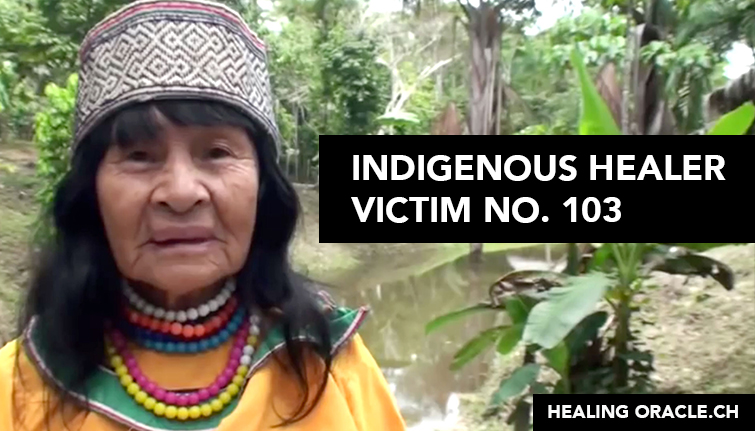 It appears as if holistic healers are being found dead or assassinated around the world now. Making this latest awful crime victim no 103.

Our heart goes out to family and loved ones, some of whom witnessed this gruesome cold-blooded murder, of the world-famous traditional healer and elder Olivia Arévalo Lomas of the Shipibo Konibo Indigenous people of Peru. She was assassinated yesterday with five shots to the heart. 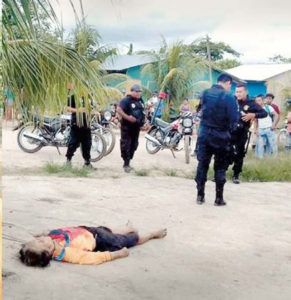 “The unknown assailants killed her at her home in the community of Victoria Gracia located 20 minutes from the town of Yarinacocha, in front of her family and in the presence of children.”1

But this time the local people have taken matters into their own hands to seek their own justice and have mistakenly killed an unnamed Canadian man who was her student, but now authorities say it may be another man altogether and her murdered student may have nothing to do with it.

“Arevalo Lomas was a staunch defender of Indigenous people’s rights in the region. She also served as an ikaro (‘singer’), a traditional form of singing-medicine that removes negative energies from the individual and collective.

Their songs, known as Onyanya (‘plant songs’), are taught to healers through a specific dietary regime lasting roughly four years. It’s intended to immerse the singer in the healing powers of plants and help them inherit the songs.”2

Daily Kos reports that this could be as a result of healer and Elder Lomas trying to protect the very environment in which she lives and might use to heal others.

From the Daily Kos:

“Olivia Arévalo Lomas of the Shipibo Konibo Indigenous people of Peru was assassinated April 19, 2018 with five shots to her heart, Cultural Survival reported. She was murdered in her home in the Amazon rainforest community of Victoria Gracia located 20 minutes from the town of Yarinacocha, in front of her family according to witnesses. Her death is part of a surge of murders against environmental activists worldwide. Peru, has the 4th highest murder rate. She died in the defense of all of us, protecting the lungs of the Earth with only the power of her voice.”

Most of the resources that the industrialized world desires are in poor countries over large swaths of indigenous lands; sadly, if there’s a resource someone wants, people are very often displaced to get it.

The Hill provides a background on the 2007 bilateral Free Trade Agreement (FTA) between Peru and the United States. It is shocking and disturbing.

Peru’s Ministry of Culture expressed their condolences and solidarity to her relatives and the Victoria Gracia community and condemned the assassination: “We are immediately following up with the police and the prosecutor’s office in order to conduct a thorough investigation. We ask the authorities for protection for the affected family.”4

“Cultural Survival, who are local, joins FECONAU and COSHICOX, the highest authority of the Shipibo people, in strongly condemning these this bloodshed that is mourned by her family and the Shipibo people as a whole.

FECONAU AND COSHICOX call for national and international solidarity in calling on the Peruvian state to bring those responsible to justice, and to provide guarantees for the safety of two other Indigenous leaders of the Shipibo Konibo people who today face death threats and harassment.”1

The interview below is a press conference with COSHICOX, live from the UN Permanent Forum on Indigenous Peoples Issues in New York, by Indigenous K’iche communicator Avexnim Cojtí of Cultural Survival.

You can also read the COSHICOX press release in Spanish, here. 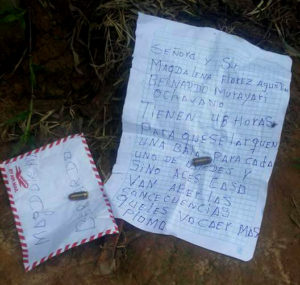 In addition to the attack on Lomas, the following written death threat against another Shipibo female healer reads: “Señora y Sr Magdalena Florez Agustín, Bernardo Murayari Ochavano you have 48 hours to flee. One bullet for each of you and if you don’t do as told there will be the consequence that more bullets will rain down on you.”

We truly hope the other holistic healers will be safe!

We will update this as we have more on the story. Again, we are deeply saddened. We wish peaceful rest for this great spiritual healer. 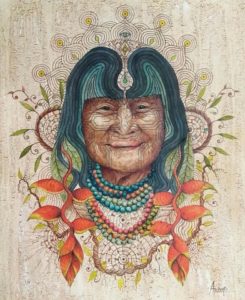 Be the first to comment on "Another Murder: Holistic healer shot 5 times in front of her family, I wonder if this will also be recorded as a “suicide|"