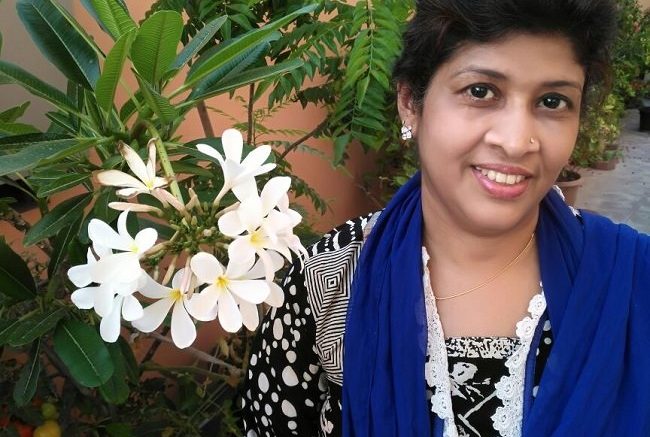 My eyes become heavy from the tears as I have just learned that a wonderful Doctors has died at the hands of her own profession. He is also a Doctor appealing to anyone that can help him, he is sick with grief after losing his wife Dr Mary Reji today 12th April 2018

“I am a doctor, my wife was also a doctor. If this has happened to us, what is the situation for ordinary people? At RCC, there are doctors who do not give value to human life. We approached Dr Chandramohan to do a laparoscopic surgery to remove the spleen, but unfortunately, the surgery was not successful. Then they finally removed it in an open surgery that lasted for about seven hours. At least 30 stitches were there on her. In the three weeks that followed, I saw that my wife was in deep pain. Despite my daughter requesting the doctor to check on my wife, he didn’t turn up; he sent his juniors, but they couldn’t do anything to ease her pain,” said Reji.

A few days later, Reji said, they consulted another doctor in Thiruvananthapuram. The stitches were removed, following which Dr Mary’s pain subsided. The family had to go back again to RCC for chemotherapy.

“When a cancer patient is admitted, normally a central line will be used. This means, the drip is connected to a stable vein in the patient’s body. This is helpful because everything from feeding and taking blood samples can be done through this one line. Doctors needn’t take injections in different veins repeatedly. Every cancer institute does this and at RCC, the anesthesia department is responsible for doing it. Despite us requesting them to do so, the doctor in-charge said that a central line was not necessary,” Reji said.

According to Reji, on March 14, Mary went into a semi-conscious state and when he reported it to the concerned doctor Sreejith, he was told that it due to the morphine, that had been given to ease her pain.

“Sreejith then administered morphine‘s antidote and told me there was nothing to worry. But this did not help Mary at all. Following this, Dr Sreejith suggested that we take an opinion of a neurologist and when consulted, the latter said that Mary was suffering from metabolic encephalopathy and had no neurological issues. He suggested that she be moved to an intensive care facility and that he wouldn’t let a patient in this condition to stay in the ward. But Dr Sreejith did not think that this was necessary,” Reji said in a video. 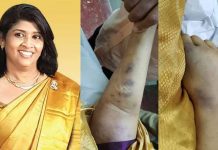 “We then shifted her to GG hospital and there, she got all the necessary treatment that the hospital could give. But she passed away. I am certain that the ignorance or negligence of doctors at RCC have led to my wife’s death. This shouldn’t happen to anyone else,” he said.

The general physician based in Ras-al-Khaimah for the past seven years, Reji told TNM that doctors at RCC had delayed referring his wife to a better hospital.

“After I spoke up, RCC is coming up with explanations, trying to say that we did not cooperate with the treatment,” said Reji, a native of Thiruvalla.

He said that a complaint will be filed against RCC with the Kerala State Human Rights Commission as well as a court in a few days.

Be the first to comment on "“My Doctor wife killed by our own profession claims Doctor Husband” If they kill Doctor’s with negligence, what chance do you have?"