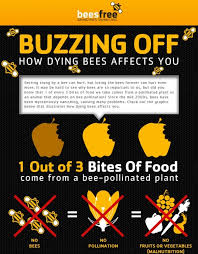 The ongoing plight of our pollinators has been widely acknowledged across the country, and yet few in our government seem willing to do anything about it.

Mass pesticide sprayings, genetically engineered crops, neonicotinoid pesticides linked to widespread bee losses and many other destructive habits have continued unabated, leading some to wonder whether we may end up manifesting a scenario not unlike parts of rural China, where farmers are actually forced to pollinate crops by hand.

Now, one of America’s largest and most controversial corporations is stepping up to the plate, offering up a bizarre “solution” that reads like something out of a science fiction movie.

Seeking to compete with Amazon and other major retailers in the world of food production, Wal-Mart has been moving to strengthen their supply chain.

The company, worth $220 billion as of 2017, has plenty of expendable income to do just that, and has reportedly invested in patents on a surprising new technology: robotic, autonomous bees designed to pollinate crops, according to this article from the website EcoWatch.com.

The news has been widely reported across the Internet, although many mainstream outlets are still lacking in their coverage.

The patents in question call for the use of “unmanned vehicles,” aka drones, to help with both pollination and crop production. Six patents were applied for in total, with uses ranging from pesticide spraying to plant pollination.

“Walmart may see drone technology as one way to get food from farms to store shelves faster and more cheaply to compete with Amazon.com Inc., following its purchase of Whole Foods Market last year and the expansion of discount chains like Aldi and Lidl,” a Reuters report said about the company’s potential motives.

Wal-Mart is undertaking the move despite the fact that customers are increasingly turning away from health and environmentally damaging pesticides, including those that harm the bees, the report noted.

The “chemical spraying of crops is expensive and may not be looked upon favorably by some consumers,” it said.

If the project ends up coming to fruition, these autonomous Wal-Mart drones, called “applicators,” would carry pollen from one plant to another using tiny sensors to make sure that each transfer is successfully done.

Wal-Mart told USA Today that they did not have any further details about the report according to EcoWatch, so now the question is whether or not consumers and government regulators will allow this “Beepocalypse” to continue developing to the point where such bizarre and unnatural “solutions” are really needed.

Some of the best ways to help prevent this nightmare scenario from ever happening are simple: keep your garden chemical free, put out water bowls for tired bees to use along their pollination routes, plant milkweed, and to avoid buying any plants that contain neonicotinoids. Buying organic will also help cut down on the massive pesticide load that continues to poison bees everywhere.

feel free to email me any questions mary@healingoracle.net