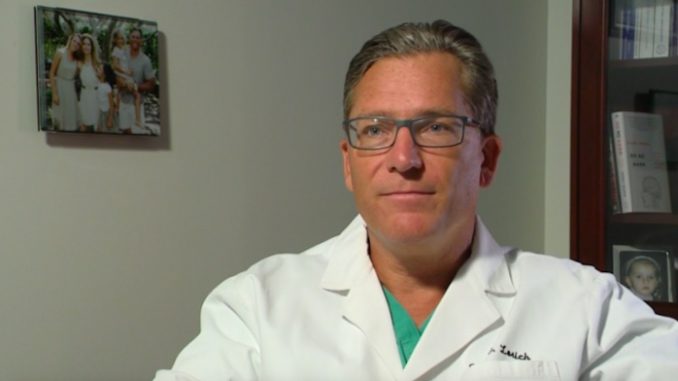 Dr. Dean Lorich, an orthopedic surgeon who volunteered in Haiti and exposed Clinton Foundation corruption and malpractice on the island, has been found dead in New York. He was only 54 years old.

Dr. Lorich was found by his 11-year-old daughter on the bathroom floor of his tony Upper East Side apartment with a knife in his chest at around 1pm on Monday 11th December 2017 .

The knife missed the surgeon’s heart, leaving him to bleed out and be found by his daughter. Despite the fact police were called to the property regarding an “assault“, they instantly registered the death as “suicide” and closed the case.

Unsatisfied with her response, he went public, writing an article published by CNN, accusing the Clinton Foundation of widespread corruption and malpractice in Haiti that cost the lives of thousands of children.

Billions of dollars were raised by the Clinton Foundation to help the Haitians, but the vast bulk of this money was funneled to Clinton friends and associates, according to Dr. Lorich, who described in harrowing detail what this meant for the children of Haiti.

“We expected many amputations. But we thought we could save limbs that were salvageable, particularly those of children. We recognized that in an underdeveloped country, a limb amputation may be a death sentence. It does not have to be so.“

Considering billions of dollars had been donated to the Clinton Foundation with the express purpose of helping the Haitians, Dr Lorich and his team expected to have full support when their plane touched down.

Instead, Dr. Lorich described the situation on the ground as “shameful” and he witnessed Clinton Foundation corruption in action. The Haitians were receiving no help whatsoever.

According to Dr. Lorich, a paltry 0.6% of donations granted by international donors to the Clinton Foundation with the express purpose of directly assisting Haitians actually ended up helping citizens of Haiti. 9.6% ended up with the Haitian government. The remaining 89.8%  – or $5.4 billion – was funneled to non-Haitian organizations.

Unable to perform his duties – and disgusted by the rampant corruption – Dr. Lorich sent an email to then-Secretary of State Hillary Clinton’s Chief of Staff Cheryl D. Mills to report what he had seen. The email was then forwarded to Hillary Clinton which meant it eventually found its way into WikiLeaks’ possession and can be read here. 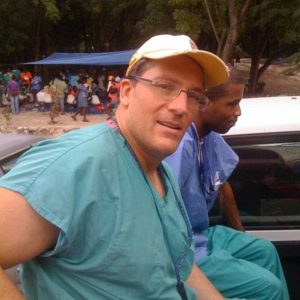 Dr. Dean Lorich on the ground in Haiti where he was disgusted to witness Clinton Foundation corruption first hand.

Unsatisfied with the lack of response from Hillary Clinton, Dr. Lorich went public, co-authored the CNN article that exposed the Clinton Foundation’s corruption and malpractice in Haiti:

“We found scores of patients with pus dripping out of open extremity fractures and crush injuries,” reported Dr. Lorich.

“Some wounds were already ridden with maggots.“

“About a third of these victims were children.“

“The entire hospital smelled of infected, rotting limbs and death.“

“Later on, we would judge our surgical progress by the diminishment of the stench.”

“As we got up and running and organized the patients for surgery, we told our contacts in the United States [the Clintons] what we needed.“

Unfortunately the Clinton Foundation did not provide that help, despite pocketing billions of dollars from donors with the express purpose of providing medical support to desperate Haitians.

“We left feeling as if we abandoned these patients, the country, and its people, and we feel terrible,” Dr. Lorich wrote, adding: “Our flight of critical medical equipment and personnel had been canceled.“

Should you have any serious health related questions please email mary@healingoracle.net

Be the first to comment on "99th Dr Found dead!. US Surgeon, Who Exposed Clinton Foundation Corruption In Haiti."