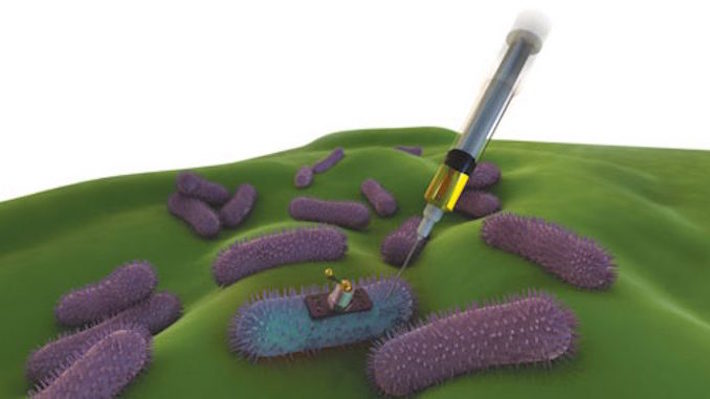 A disturbing patent discovered this week reveals plans to hide vaccines within food particles without the public knowing about it.

US Patent application ‘US20080044481 A1’ (“Microparticles for oral delivery”) was filed in 2005, and allows drugs and vaccines to be embedded into tiny invisible particles of food.

Are we to assume the technology hasn’t yet been applied?

Is it operating at a stealth level? I’ll try to answer these questions in a minute. But first:

A disturbing patent discovered this week reveals plans to hide vaccines within food particles without the public knowing about it.

US Patent application ‘US20080044481 A1’ (“Microparticles for oral delivery”) was filed in 2005, and allows drugs and vaccines to be embedded into tiny invisible particles of food.

Are we to assume the technology hasn’t yet been applied?

Is it operating at a stealth level? I’ll try to answer these questions in a minute. But first:

The inventor and assignee is listed as Mordechai Harel, who was associated with Advanced BioNutrition Corporation of Columbia, Maryland. Here are a group of quotes from the patent application. The statements leave no doubt about the wide, wide application of the technology.

“The particles described herein can be used to deliver bioactive agents (e.g., nutrients, drugs, vaccines, antibodies, and the like), bacteria (e.g., probiotic bacteria), smaller particles, or substantially any other material to the animal.”

“The particles described herein can be prepared and used as free-flowing dry powders, slurries, suspensions, and the like, and are useful for delivering to an animal a drug, a pesticide, a nutrient, a vaccine, a smaller particle, or substantially any other composition that can be contained in the particles. The particles are thus suitable for use in human food products, animal feeds (e.g., pet foods and farmed animal diets), therapeutic compositions (e.g., drugs), prophylactic compositions (e.g., vaccines, antibiotics, and probiotic bacterial preparations), and pest control products among other products.”

“A ‘particle’ is a discrete piece of a (homogeneous or heterogeneous) material having a maximum dimension not greater than 5000 micrometers.”

Did you notice, among the blizzard of compounds deliverable through invisible microparticles, the drug called zidovudine? That’s AZT, a chemo medicine used to treat AIDS patients. To say AZT is toxic would be a vast understatement. It destroys the ability of cells to replicate. And back in 2005, it was mentioned as a drug that can be delivered in food.

So is this technology being applied?

Do we, in fact, have these microparticles and their bioactive components in our food?

And then there’s BioEngineered Nano Foods!

Be the first to comment on "Patent Reveals Plan To Hide Vaccines In Food Particles!"