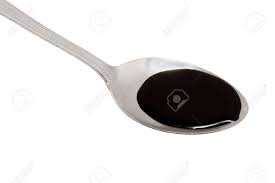 There has been an abundance of anecdotal evidence that medical marijuana can help in the treatment of autism. Now the first clinical trial in the world is underway in Israel to test the many theories.

Dr. Adi Aran, the pediatric neurologist who is leading the study, said that nearly all its participants had previously tried anti-psychotics, to which nearly half responded negatively.

Aran’s initial decision to undertake the trial came not from his colleagues at the Zedek Medical Center in Jerusalem, but from mothers of autistic children.

The moms pushed Aran to prescribe cannabis oil after they’d seen a news report about a mother who gave it to her autistic son and said it was the only thing that helped him.

“First I said, ‘No, there’s no data to support cannabis for autism, so we can’t give it to you,’” he said.

But he changed his mind after studies in Israel showed that cannabis helped children with epilepsy by drastically reducing seizures and improving the behavior of those with autism.

“OK, we need to do a clinical trial so there will be data,” said Aran, according to USAToday.

This first-of-its-kind scientific study will attempt to determine if the link between cannabidiol (CBD) use in autism treatment and the anecdotal evidence of its success is indeed real.

Parents are ecstatic to be involved this first such clinical trial in the world.

“I had really come to a point where I no longer had the power—not physically, not emotionally,” said the mother of a 17-year-old girl in Tel Aviv.

Study participants are given liquid drops to be mixed with food. They receive one of two different cannabis oil formulas—or a placebo.

Parents don’t know if their children are receiving the cannabis or a placebo. One mom said, just being part of a study gave her hope.

The trial involves 120 children and young adults, ages 5 to 29, who have mild to severe autism. It will last through the end of 2018.

Such research is common in Israel, a pioneer in cannabis studies.

Israel legalized MMJ in 1992, one of the first countries in the world to do so, and scientists have been going strong ever since.

More than 110 cannabis clinical trials are underway in Israel, more than any other country in the world, according to Michael Dor, senior medical adviser at the medical cannabis unit of Israel’s Ministry of Health.

Cannabis research is less expensive and easier under Israeli laws, especially compared to the United States, which is already behind the rest of the world.

Sadly, we will likely fall further behind if the current government of backward, deliberately uninformed science deniers has its way.

As one of the fastest-growing developmental disorders, affecting one in 68 children in the United States, it behooves our government to follow Israel’s lead and promote cannabis research on the topic.

Due to demand We have trusted suppliers of medical grade RSO cannabis oil. Distribution centers in Europe and USA. The product is organically grown, not grown under lights, shade dried no pesticides used. Ethanol is the solvent used which is capable of removing 100 percent of residual ethanol from the byproduct after extraction, without compromising the cannabinoid and terpene profile captured initially.  A little water is added at the end of the process to ensure zero residual ethanol. Price 30usd per ml/cc plus shipping. 20% discount for 100ml and more Worldwide delivery. For further details please email [email protected]

PURIFY YOUR LIVER WITH ONLY ONE SIP OF THIS SIMPLE DRINK

EAV Electro-Acupuncture According to Voll