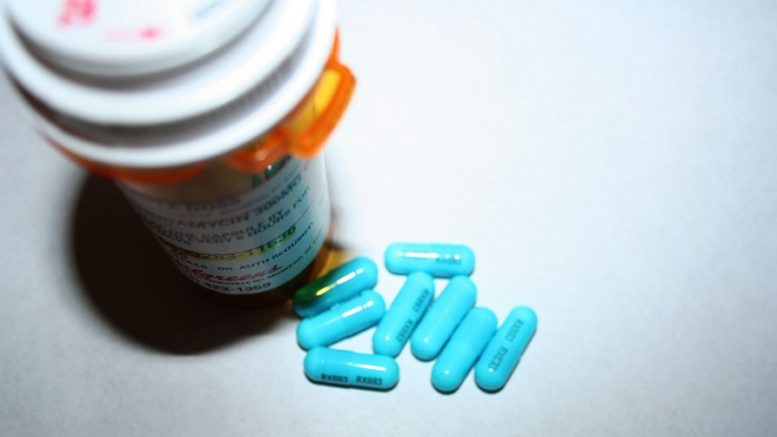 Posted By: The Healing Oracle Team 1st May 2017

Antibiotics are one of the most prescribed (and abused) medications in the world. They are often incorrectly, incompetently prescribed, particularly to children, for ailments that aren’t even resolved by taking the medications. They are so heavily prescribed that superbugs have risen from a condition known as “antibiotic resistance.”

Antibiotics are often taken for granted but can do serious damage to the body. Take Levaquin, for example, it now has a black box warning on it for the damages it has caused people. And yet, it remains a commonly prescribed form of antibiotics.

Now, things are getting worse…

A new Monash University study which was published in the Journal of Leukocyte Biology has found that antibiotics do indeed impede the growth and development of normal gut bacteria. And this means a worse immune system for kids. The immune system function is primarily located in the gut. Now, the study was performed on mice, but there is great confidence that the researchers at Monash got it right.

The study treated female mice with a slew of antibiotics while the mice were pregnant. Next, they treated the mice’s babies with the same antibiotic regimen during the first three weeks of their lives. Another group was tested without the antibiotics present.

When the mice grew to eight weeks old, it was (unsurprisingly) found that CD4 T cells (these are immune system cells) were overly active.

“Our intestinal bacteria are now understood to have a major role in shaping immune health and disease, but the details of this process remain poorly understood,” said John Wherry, Ph.D., deputy editor of the journal in a press release. “These new studies provide an important clue as to how the early signals from our gut bacteria shape key immune cells and how these neonatal events can shape disease potential later in life.”

CD4 T cells are the basis for responding to inflammation. When they become overactive, it can lead to lupus, Crohn’s, and other autoimmune diseases.

These findings also further enforce the concept that creating a healthy gut environment in humans could be one of the cures for many of our ailments. It certainly tells us that overuse of antibiotics is a real, defined problem in our society.

Be the first to comment on "Childhood Antibiotics Now Linked To Crohn’s, lupus, multiple sclerosis."