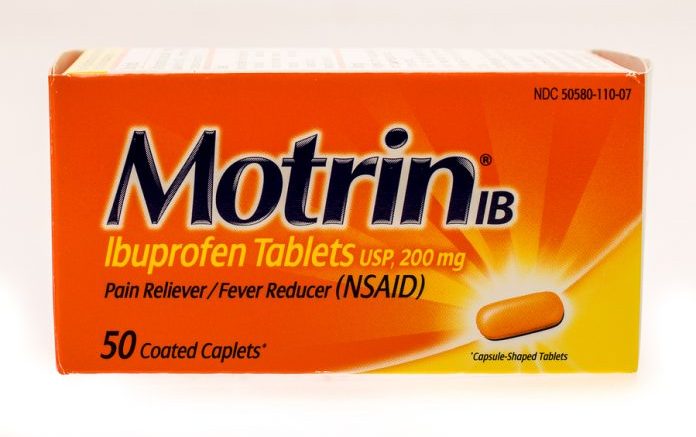 A recent study from Denmark that was published in the European Heart Journal has found that taking Ibuprofen, the popular over-the counter painkiller is linked to a 31% increased risk of cardiac arrest, among other things. But, it wasn’t just Ibuprofen, other common painkillers also fell under this category, known as non-steroidal anti-inflammatory drugs (NSAIDs). In fact, other drugs in this category, like Tylenol, had an even higher risk.

The authors found that the general public views these painkillers as completely harmless and therefore their use has become second nature the second they experience even slight pain. But, study lead Dr. Gunnar H. Gislason, a professor of cardiology at Cophenhagen University Hospital Gentofte, feels that allowing those drugs to be purchased without a prescription, “and without any advice or restrictions, sends a message to the public that they are safe.”

However, NSAIDs are not harmless; they exert numerous effects on the cardiovascular system, such as, influencing platelet aggregation and causing blood clots, causing the arteries to constrict, increasing fluid retention, and raising blood pressure.

“The current message being sent to the public about NSAIDs is wrong. If you can buy these drugs in a convenience store then you probably think ‘they must be safe for me.’ Our study adds to the evidence about the adverse cardiovascular effects of NSAIDs and confirms that they should be taken seriously, and used only after consulting a healthcare professional.”

The study used data from the nationwide Danish Cardiac Arrest Registry from all patients who had a cardiac arrest incident, outside of a hospital in Denmark, between 2001 and 2010. They also collected data on all redeemed prescriptions for NSAIDs from pharmacies in Denmark since 1995.

Examining a total of 28,947 patients who had an out-of-hospital cardiac arrest in Denmark, the study found that “3,376 of these patients were treated with an NSAID up to 30 days before their event; Ibuprofen was one of the most common used NSAIDs, making up 51% of total NSAID use.”

Dr. Peter Gotzsche, co-founder of the Cochrane Collaboration (the world’s most foremost body in assessing medical evidence), estimates that every year in the US, 100,000 people die from the side-effects of correctly used prescription drugs. (It’s interesting to note that the government says NOTHING about this all the while trying hard to keep marijuana illegal because it’s so “dangerous.”)

The good doctor also recommends we should all avoid the following:

Now, before you worry that you’re going to have to live your life in pain- don’t. There are many other ways to treat pain: