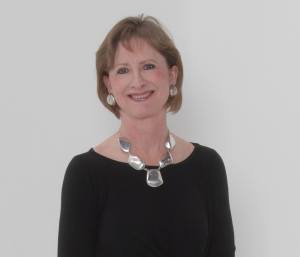 Gov. Chris Christie has been vilified for making a very simple statement – that parents (and presumably patients themselves) should have the freedom to choose whether to vaccinate their children. I have been asked for years what I thought about vaccination, so let me lay out the issues.

Before getting into the science, lets discuss the philosophy:

Here’s the help you’ll need to prepare your household for the realities of living under a government-dictated health-care system — order Dr. Hieb’s “Surviving the Medical Meltdown: Your Guide to Living Through the Disaster of Obamacare”

So, I’ve been asked, “Why not vaccinate your children? Why not take the influenza vaccine?” Well, I believe the choice is up to you. I’ve covered my thinking about the influenza vaccine in an article in the Journal of the Association of American Physicians and Surgeons, available online, but here are some facts about childhood vaccines that make me think twice about their use. I traced these points back to the source, so these are not blindly reprinted from hearsay Internet articles. In some cases I found public references to be wrong but the data to be correct when I got to the source. Much of this comes from government reporting. Anyone can research disease incidence by reading MMWR (Morbidity and Mortality Weekly Report) from the CDC and accessing the search engine for VAERS (Vaccine complication reporting site) at http://www.medalerts.org/vaersdb/index.php.

In 1975, about 37 Crib Sudden Deaths were linked to vaccination in Japan. Doctors in one prefecture boycotted vaccinations, and refused to vaccinate. The Japanese government paid attention and stopped vaccinating children below the age of 2 years. When immunization was delayed until a child was 24 months of age, Sudden Infant Death cases and claims for vaccine related deaths disappeared. Japan zoomed from a high 17th place in infant mortality rate to the lowest infant mortality rate in the world when they stopped vaccinating. Japan didn’t vaccinate any children below the age of 2 years between 1975 and 1988, for 13 years. But then in 1988, Japanese parents were given the choice to start vaccinating anywhere between 3 months and 48 months. The Ministry study group studied 2,720 SIDS cases occurring between 1980 and 1992 and they established that their very low SIDS rate quadrupled.

In 1991, after reviewing vaccine safety, the Institute of Medicine admitted, “In the course of its review, the committee encountered many gaps and limitations in knowledge bearing directly or indirectly on the safety of vaccines. These include inadequate understanding of the biologic mechanisms underlying adverse events following natural infection or immunization, insufficient or inconsistent information from case reports and case series, inadequate size or length of follow up of many population based epidemiologic studies [and] few experimental studies published in relation to the number of epidemiologic studies published.”

So the next question is: Does vaccination work? Does it really protect you against disease? The answer is variable. Smallpox vaccine seems to be nearly universally protective against the very fatal disease of smallpox, and use of vaccine led to the eradication of the disease in the wild. But the dirty little secret in recent outbreaks of mumps, measles and pertussis is – they are occurring in vaccinated people in highly vaccinated populations!

In 2006 an epidemic of mumps broke out in my state of Iowa. Ultimately, 11 states reported 2,597 cases of mumps. The majority of mumps cases (1,487) were reported from Iowa. As reported in “Mumps Epidemic – Iowa, 2006,” “Despite control efforts and a highly vaccinated population, this epidemic has spread across Iowa and potentially to neighboring states.” According to the CDC, “During the prevaccine era, nearly everyone in the United States experienced mumps, and 90 percent of cases occurred among children, although 97 percent of children entering school in Iowa had received two doses of MMR vaccine. ” Of note, this outbreak mostly occurred in young adults of college age who had received the vaccine. Only 6 percent of those affected were known to be unvaccinated, 12 percent received one dose of MMR vaccine, 51 percent had two doses of MMR vaccine, and 31 percent (mostly adults) were not sure of their immunization history.

In 2008-2009, Australia had epidemics of whooping cough and measles. Health authorities there must reveal the vaccination status of children in epidemics. Eighty-four percent of Australian children who got whooping cough were fully vaccinated, and 78 percent who got measles had record of measles vaccination.

In the 2010 outbreak of whooping cough in California, well over half the victims were fully vaccinated.

Whooping cough continuously declined in the U.S. from over 100,000 cases in 1922 to around 1978 when 2,063 cases were reported. That year, pertussis vaccine became mandated for school attendance. Beginning around 1995, when the U.S. had 5,137 cases, the incidence has increased, to 2012 when over 48,000 cases were reported, including 20 deaths. The majority of deaths were in newborns under three months of age. Why is this happening? It is not because people are not becoming vaccinated. The CDC says more than 84 percent of children under 3 years old have been vaccinated with four doses of pertussis vaccine. But the current vaccine does not include all strains of pertussis. And the most vulnerable to the disease – the small infants – are not able to take the vaccine. Since older children and adults are much less likely to die of whooping cough, the question that must be asked is this: Is vaccination effective in producing antibody transfer from mother to infant? Or is it better to allow the natural disease to occur?

Finally, it turns out that death and disability from many childhood diseases is preventable by means other than vaccination. Vitamin A has been known since the 1930s to reduce mortality from measles by 60 percent. Vitamin D is protective against viral illness. And numerous authors and studies have shown the damaging effects of chemical antipyretics (fever lowering drugs) on the natural course of disease – a practice still sadly in widespread use in America. Better understanding of disease mechanisms, utilizing nutritional support and better scientific care of the sick child are safer alternatives to widespread vaccination.

Perhaps one of the best perspectives on the whole vaccination paradigm is provided by Dr. Harold Buttram, M.D., FAACP:

As one of today’s senior citizens who grew up in a Midwestern state in the 1930s, and as a doctor who has treated many children, I may have a special vantage point of time and experience in regard to the changes that have taken place in the health of America’s children since the relatively innocent times of the 1930s. At summer camps in the New Mexico Mountains that I was fortunate to attend, no boy had allergies, none was on medication, and no boy was ever sick with the common ailments of today. It was much the same in schools. I don’t recall ever seeing a child with easily recognized behaviors now described as hyperactivity (ADHD) or autism.

Today in stark contrast, approximately one-third of our youngsters are afflicted with the 4-A Disorders (Autism, ADHD, Asthma, and Allergies), as described and documented by Dr. Kenneth Bock. School budgets are being strained to the breaking points in providing special education classes for autistic and learning disabled children. Allergy problems are proliferating, as indicated by long lines of children at school nursing stations for their noontime medications.

Could today’s infant and childhood vaccine programs, with their steadily increasing numbers of vaccines, be a contributory cause of this ominous health trend? As reflected in the U.S. Congressional Hearings (1999 to December 2004) on issues of vaccine safety, in which major deficiencies in vaccine safety testing were disclosed, it is a real possibility that vaccines may be one of the major, if not the major cause of this trend.

I, too, am old enough to remember these times. We are changing the pattern of disease, but not necessarily making our children nor ourselves healthier. We are converting benign childhood disease into more severe adult disease. Consider the chickenpox vaccine. We used to have chickenpox parties where small children were purposely exposed to kids sick with chickenpox. In those days, every mother or grandmother knew it was safer for toddlers to get the disease early and not wait until teenage years. Now we vaccinate, but of course that vaccine is only effective for 15-20 years, so now adults must constantly be revaccinated or run the risk of getting a life-threatening severe form of chickenpox. The shingles uptick is directly attributable to the lack of re-exposure of older people to the wild chickenpox virus. But not to worry – the drug companies can sell us a shingles vaccine for a disease their previous vaccine created.

We have forgotten that for most normal children, childhood diseases are benign. As recounted about mumps in the Iowa Department of Public Health Manual, “it is more common in infants, children and young adults. Of people who are not immunized, >85 percent will have mumps by adulthood, but symptoms may have been mild and therefore not recognized.”

At the end of the day, the issue here is one of freedom, and freedom is the freedom to choose – even if we make a bad choice. The argument that I must vaccinate my children for the good of the community is not only scientifically questionable, it is an unethical precept. It is the argument all dictators and totalitarians have used. “Comrade, you must work tirelessly for the good of the collective. You must give up your money and property for the good of the collective, and now … you must allow us to inject your children with what we deem is good for the collective.” If American’s don’t stand up against this, then we are lost. Because we have lost ownership of ourselves. Our bodies are no longer solely ours – we and our children are able to be commandeered for the “greater good.”

Be the first to comment on "Dr. Lee Hieb M.D. – Vaccine Hysteria Could Spark Totalitarian Nightmare"