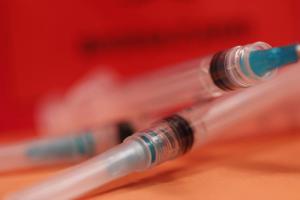 In March, the federal government removed the latest vaccine injury court statistics—more than a year’s worth of data—from one of its publicly reported charts. It was an abrupt departure from the normal practice of updating the figures monthly.

Wiping the latest data means the “adjudication” chart on a government website no longer reflects the recent, sharp rise in court victories for plaintiffs who claimed their children were seriously injured or killed by one or more vaccines.

Since January of 2014, the number of flu vaccine cases conceded by the government is more than double the previous eight years combined. The adjudication chart only reflects half of the current number.

Also on the rise is the number of vaccine injury cases the government has “conceded”: up 55% in a little over one year.

As a result of the recent website changes, neither of these trends is reflected on the current “adjudication” chart.

Since its inception in 2013, the “adjudication” chart included monthly, updated totals. But shortly after publishing the March 2015 chart, the government removed the 2015 and 2014 data, reverting back to outdated statistics from 2013.

The chart appears on the government vaccine court website, which falls under Health Resources and Services Administration (HRSA), an agency of the Department of Health and Human Services (HHS).

In the unusual vaccine court, the government acts on behalf of pharmaceutical companies rather than the public, defending vaccine makers against alleged victims. Money damages are not paid by vaccine companies, but through fees collected from patients on every dose of vaccine.

HRSA says vaccine makers had no influence over the decision to revert to older data. The agency said it did so to synch up with a statistic the Centers for Disease Control (CDC) provides for the same chart that is only current through 2013: the number of vaccine doses distributed in US.

“An internal decision was made to ensure that all data was internally consistent…and to update [the chart] only when all relevant data was available,” said HRSA in a statement.

Note: HRSA provided me the “actual numbers through April 2015″ cited below, upon my request, even though the agency has made the decision not to publicly post those numbers.

“Court decisions” won by vaccine victims is actually six cases more than what is currently reflected on the website In these court decisions, a judge ruled the evidence showed vaccines “more likely than not” caused the plaintiff’s injuries.*

*this number has been updated from 59 to correct typographical error

Only about one injury case for every million doses of vaccines is compensated in vaccine court. Adverse events occur more frequently, according to vaccine warning labels, but rarely end up in the little-known vaccine court. Still, vaccine court statistics can be useful in reflecting trends.

The number of Tdap cases conceded since 2014 doubled the previous eight years combined. The adjudication chart shows half the current number.

The number of rotavirus vaccine injury concessions remains tiny—but is quadruple what the current chart reflects.

Another recent change made vaccine injury data more difficult to find. The “adjudication” chart used to be the first item that showed up on the statistics page. But that has been replaced by language stating that vaccines are safe and effective.

“Being awarded compensation for your claim does not necessarily mean that the vaccine caused the alleged injury,” adds the government in the statement where the adjudication chart used to be.

Readers are directed to click a link to view the actual vaccine injury statistics. But clicking it only leads back to the statement that vaccines are safe and effective.

To find the statistics, instead of clicking the link, readers must scroll down past it.

According to the government, from 2006 to 2013, over 2.2 billion doses of vaccines were distributed in the U.S. For every 1 million doses, 1 alleged victim was compensated in vaccine court.