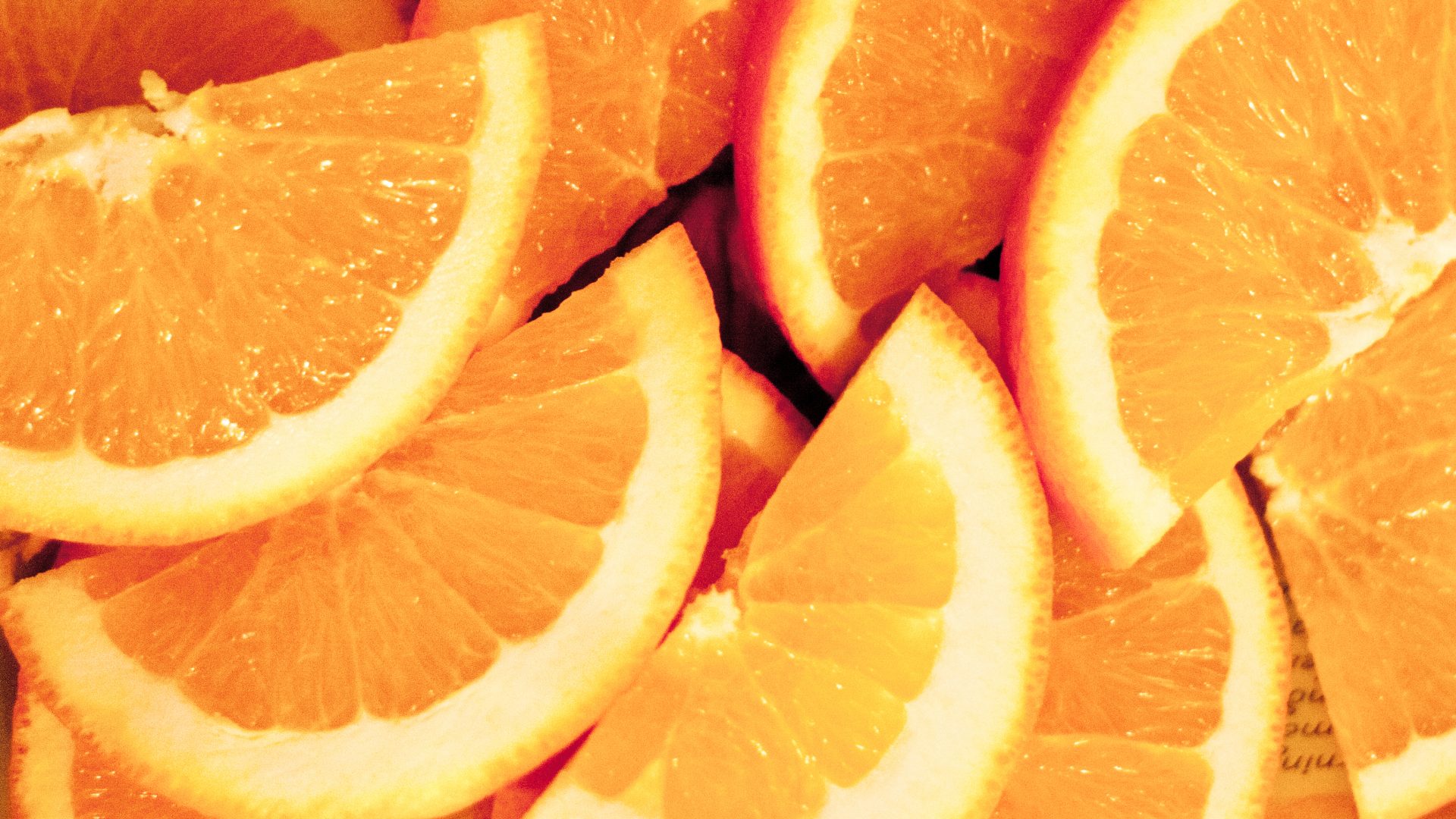 Cardiologist and orthomolecular specialist Dr. Thomas Levy discovered exactly why the clinical results of this type of oral C could match the efficacy of many times as much vitamin C by IV. Dr. Levy was skeptical at first. He has treated thousands of patients with IV C and is seriously involved with orthomolecular (high dose vitamin treatment) medicine. He couldn’t believe what was happening with this oral C compound’s ability to match or surpass clinical results with much higher doses of IV C. He came to realize that the combination of vitamin C and essential phospholipids radically improved cellular bioavailability. Less than 20 percent of IV C gets into cells. But the Lypo-Spheric compound permits 90 percent of the C to get into cells. That’s because cell walls are made of fats. Vitamin C is water soluble. Tiny particles of vitamin C coated with phospholipids create molecules of vitamin C coated with a substance similar to the cell walls. Thus those coated vitamin C molecules can slip into the cells easily. The encapsulation also avoids diarrhea thresholds of normal oral C. Liposomal Vitamin C is more accessible than IV C treatments. In an overlooked study first published in 2008, for the first time, using a special liposomal form of oral-dose vitamin C, researchers in Britain demonstrated it is possible to achieve cancer-killing blood concentrations of this vitamin without undesirable side effects. Heretofore, National Institutes of Health Researchers claimed the maximal concentration of vitamin C that can be achieved following oral intake is not sufficient to produce a cancer-killing effect. Now British researchers demonstrate they were able to achieve blood concentrations of vitamin C that were twice what was incorrectly reported to be maximal, and in the range of what is known to be selectively toxic to tumor cells, yet not harmful to healthy cells. Studies with various forms of cancer show a 30%-to-50% cancer cell-killing effect at the same blood concentration of vitamin C achieved in this study. For comparison, anti-cancer drugs are approved by the FDA if they achieve 50% tumor shrinkage. Researchers Stephen Hickey and Hilary J. Roberts, long-time advocates of vitamin C therapy and authors of the book Ascorbate: The Science of Vitamin C, writing in the Journal of Nutritional & Environmental Medicine, believe even higher concentration of vitamin C can be achieved, up to three times what was once mistakenly believed to be maximal, with measured, repeated oral doses. It was Linus Pauling, the two-time Nobel Prize winner, who first employed intravenous vitamin C to prolong the lives of terminal cancer patients. This was reported in 1978. A year later Mayo Clinic researchers then followed with a study of their own, which utilized oral-dose vitamin C, and errantly dispelled the notion of using vitamin C to treat cancer. However, oral doses cannot achieve the same high blood concentration that intravenous vitamin C can produce. Only recently has it come to light that the dismissal of vitamin C for cancer therapy was based upon oral-dose vitamin C, and subsequent studies found intravenous vitamin C has the potential to be used in cancer therapy. Some small pilot studies appear to be encouraging with the use of intravenous vitamin C therapy. Cancer researchers have recently called for a reconsideration of intravenous vitamin C therapy. According to researchers Hickey and Roberts, repeated doses, and use of a special liposomal form of vitamin C that is absorbed in the gut and then into the liver before it is released into the blood stream, are key to making oral vitamin C therapy effective. Another important factor is to limit the consumption of carbohydrates (refined sugar) which impairs oral absorption of this vitamin. Dr. John Ely, emeritus professor at the University of Washington, has also shown that sugar depletes vitamin C from white blood cells and makes them sluggish. White blood cells are the very cells that attack tumor cells and destroy them. The liposomal form of vitamin C employed in this study consists of 1-gram (1000 milligram) dose sachets of vitamin C powder encapsulated in lecithin (phosphatidylcholine), as supplied by Livon Laboratories of Henderson, Nevada, USA. A British laboratory (Biolab, London) that has conducted thousands of vitamin C assays over a 10-year period, confirms that 20-gram and 36-gram doses of oral vitamin C, as utilized by researchers Hickey and Roberts, achieved far higher blood concentration than had ever been measured previously. Repeated dosing rather than massive single-dose vitamin C averts side effects such as diarrhea. The cancer cell-killing effect of vitamin C is realized by the transient production of hydrogen peroxide (H2O2) within connective tissues (not in blood), which then destroys tumor cells, and subsequently turns to harmless water (H2O), ensuring non-toxic therapy. Reluctance by modern medical practitioners to offer vitamin C therapy to their cancer patients suggests the public will have to practice vitamin C therapy at home. This need not be a totally unguided experience, as there are instructive books available. Why this landmark study has been completely overlooked by the cancer community goes unexplained. The study was published in a journal catalogued by the National Library of Medicine (NLM), but articles from that journal cannot be accessed at the NLM website. When this report was submitted for publication, the publisher of the journal suddenly changed editors and the new editor attempted to scratch the report from its publication schedule altogether. Finally the report did get published, but suddenly the journal itself was discontinued and its articles no longer indexed by NLM. It appears an intentional effort was made to bury this study. An online abstract is provided at the Journal of Nutritional and Environmental Medicine website. Pharmacokinetics of oral vitamin C Stephen Hickey1,2u2020, Hilary J. Roberts3 and Nicholas J. Miller4

u2020Correspondence: Stephen Hickey, Faculty of Computing, Engineering and Technology, Staffordshire University, Staffordshire ST18 0DG, UK, 01785 353568 s.hickey@staffs.ac.uk Purpose. To test whether plasma vitamin C levels, following oral doses in supplemented volunteers, are tightly controlled and subject to a maximum in the region of 220 m L—1, as suggested by previous researchers for depleted subjects. To determine plasma levels following single, variable-sized doses of standard and liposomal formulations of vitamin C and compare the effects of the different formulations. To determine whether plasma levels above 280 m L—1, which have selectively killed cancer, bacteria or viruses (in laboratory experiments), can be achieved using oral doses of vitamin C. Design. This was a single blind study, measuring plasma levels in two subjects, in samples taken half-hourly or hourly for 6 hours, following ingestion of vitamin C. Data were compared with published results and with data from 10 years of laboratory plasma determinations. Materials and methods. Standard 1-gram tablets of vitamin C; liposomal vitamin C. Plasma levels were analysed using the method of Butts and Mulvihill. Results. Preliminary investigations of the effects of liposomal and standard formulation ascorbate showed that blood plasma levels in excess of the previously assumed maximum of 220 m L—1 are possible. Large oral doses of liposomal ascorbate resulted in plasma levels above 400 m L—1. Conclusions. Since a single oral dose can produce plasma levels in excess of 400 m L—1, pharmacokinetic theory suggests that repeated doses could sustain levels well above the formerly assumed maximum. These results have implications for the use of ascorbate, as a nutrient and as a drug. For example, a short in vitro treatment of human Burkitt’s lymphoma cells with ascorbate, at 400 m L—1, has been shown to result in 50% cancer cell death. Using frequent oral doses, an equivalent plasma level could be sustained indefinitely. Thus, oral vitamin C has potential for use as a non-toxic, sustainable, therapeutic agent. Further research into the experimental and therapeutic aspects of high, frequent, oral doses of ascorbic acid either alone or (for cancer therapy) in combination with synergistic substances, such as alpha-lipoic acid, copper or vitamin K3, is needed urgently.

Be the first to comment on "How to make encapsulated vitamin C (tip this recipe require 2 more tble spoons of lecithin!"